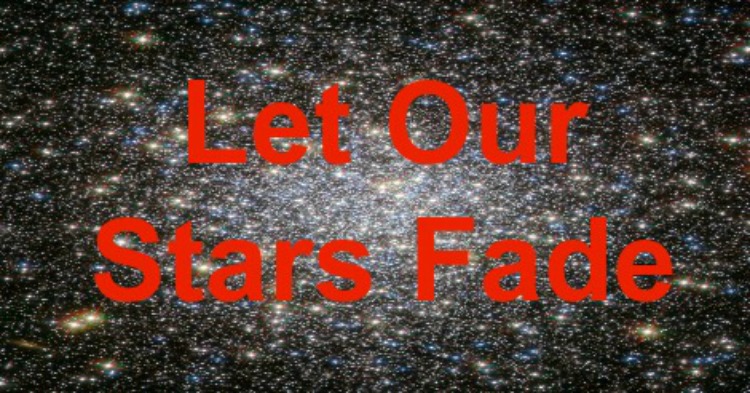 Our need for nostalgia must be fed. Keep our stars in front of us. They must stay forever young, so we can pretend we are young right along with them. We’re back in high school or college or wherever it is that we first heard the music.

Now, I’m as guilty as anyone. I want Springsteen up on the stage singing Born to Run and all his other hits including those he made famous when he was in mid-20’s which was 40 years ago. I love the music. I don’t want it to end. Prop him up, and let him sing. He still sounds great to me.

It’s not just rock stars that we don’t want to fade. We don’t want any of our stars to fade – acting, sports, etc. But the others have alternatives.

A fastball pitcher gets older and find a way to become a craftier pitcher. He learns how to pitch where before all he did was fire away. He finds a way to survive. A basketball player comes to rely more on his jump shot and positioning when his legs fade and his speed diminishes. There are similar adjustments in football and hockey and, I suppose, in every sport. Ultimately, however these guys retire – they have no choice. They make their final wave and bow to the crowd and move on.

Then, there are actors and actresses. Like rock and roll stars, they never retire. However they can change. They start off playing action types, beauty queens, etc. You know – roles that rely on their physicality. As they get older, they eventually get the grandma and grandpa roles – most of which require them to give sage advice and finally die. Think about it. In the last Rocky movie which actually was called Creed, Sylvester Stallone didn’t even fight. Nor should he have. The man is 69 years old. The only fighting he should be doing now is against ill health.

But a rock star is not afforded the luxury of change. He or she doesn’t retire. After all, music is their passion, their muse. They must continue to follow their muse. They don’t get to play a new role.

Instead, they must continue to perform – not to mention look reasonably fit and attractive – the hits they created when they were young. What would happen if you went to see a Stones or Who or Aerosmith or whomever is your favorite ancient rock star/band concert and all they played were ballads? They focused on their newest music exclusively which is more in line with where they are artistically and lyrically at the moment. You’d be pissed! I paid 100 bucks plus parking, beer, popcorn, and a t-shirt for this?

No, we can not let our stars fade away.

Pic is courtesy of Wikipedia

17 thoughts on “Let Our Stars Fade”