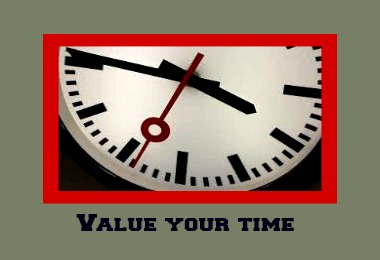 As I turned the car towards the driveway, I turned to BR.

“Do you have the key?” I had given him the house keys prior to me taking him and SJ to the dentist’s office for their semi-annual appointment. It had been his responsibility to hold on to the keys. Now, he needed to produce them.

“They’re in my jacket.”
“Okay.” He was in his shirtsleeves. “Where’s your jacket?”
He looked down at his feet. No jacket. “It’s at the dentist’s office.”

There was no key at the neighbor’s house like their usually is. Instead, it was in our house after the boys had to borrow it during their last miscommunication. The garage was locked.

To get into the house, we would have to go back to the dentist’s office and retrieve BR’s jacket. He had taken it off there, and it remained hanging lifelessly on the coat rack.

Back and forth to the dentist’s office would take an hour. That time of day – 5:18 – maybe longer than a hour.

Deadlines and a lack of sleep are not good ingredients for having patience and perspective.

But it’s more than that.

I value time and view it as the most precious commodity. As my twenty-two-year-old self said while on the way to the airport on an adventure that would keep me away for over three months: There is nothing more powerful than time. No man can stop it.

After the fumes of my anger dissipated and I accepted the situation – after all, what choice did I have – I made a resolution. BR and SJ would get a lecture on the value of time. This would become a teachable moment.

We settled back into the car with the boys lost in their electronics and me focusing on how I would convey the value of time.

Getting the boys to listen would be easier than normal. We were in the car, a confined space, and they knew how frustrated I had been.

“Let me ask you a question…”

We talked, and I got them to agree one can save money and food.

Then, “What’s one thing you can’t save?”

There was one failed guess and then a moment or two of silence. Both boys were stumped.

“Time. Time is the one thing you can’t save. Even if you took a shortcut, for example, and saved five minutes on your commute, you can’t store the time away for when you need it. You can’t save time and it does not stop. It is powerful.”

After we picked up the jacket, I shared a story I heard about a religious figure (BR was there when the story was told). At the end of each year, this individual thought about all the time he did not use productively. One year, his unproductive time was 20 minutes. He lamented his misused time and resolved to do better the next year.

Ahh, a chance to continue the lesson.

After explaining that it’s perfectly fine, normal, and necessary to have fun and relax, the value of time was discussed again.

“Twenty minutes can mean everything. What do you think Aunt K would do for 20 more minutes with her mother? (My sister-in-law/their aunt recently lost her mother. Her father passed just months before). Just to talk with her mother or even sit by her side. What about 20 more minutes with her father? People will do nearly anything to have more time – especially when they are older. It is the most valuable thing you have.”

The discussion continued a bit. In the end, the boys went back to their electronics, and I fiddled with the radio.

Maybe the boys learned a lesson and will value their time more. Lesson learned or not, time will not stop.