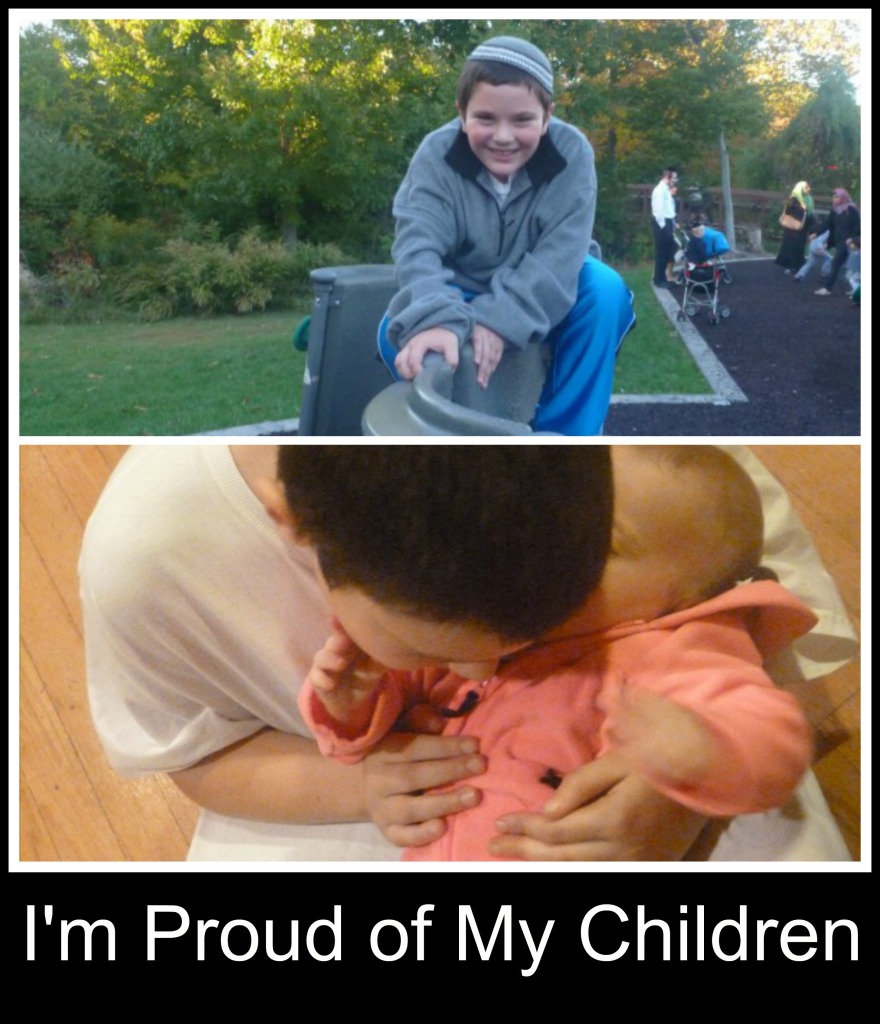 In my dad bloggers Facebook group, Lee posed the following question: What is something you are proud of your kids for?

Lee got some interesting responses: Confidence, imagination, independence, excitement over learning, being a good example, excelling in school despite outside challenges, genuine love of friends and family, hardworking, etc.

I didn’t hesitate in my response. I’m proud of my children’s sense of empathy. At least two other fathers also mentioned feeling pride over their child’s empathy. Clearly, it’s a trait, we, as parents, value.

But what exactly is empathy? Psychology Today defines empathy as:

It sounds simple enough. Understand people and treat them accordingly.

But is it simple? If it truly were so simple, would we parents be so proud when our children display it?

So, empathy may not be so simple after all.

Since parents do value empathy, a logical question is: Can we teach our children to be empathetic? I’d like to say Ms. MMK and I taught our kids to have empathy. I think we’re pretty nice people… at least sometimes. I’d venture to say we are both people who appreciate others and recognize emotions in others. Yet, I can’t think of a certain way we’ve taught our children to have empathy. No, unless you count the times we’ve said “be nice,” as teaching empathy, but what parent doesn’t say that?

Well, according to that same Psychology Today article many people are naturally empathetic. However, for those who are not, empathy can be learned. Yet, there are potential roadblocks to empathy: Not Paying Attention, Feeling the emotion of the other person but not knowing how or when to communicate empathetically, and not feeling the same emotion of the other person but knowing intellectually that you need to communicate empathetically. There are ways to overcome each roadblock.

Ultimately, I don’t know what has made my children become empathetic. I do know that BR shows a patience and interest in both the elderly and babies. This sometimes loud, sometimes shy, sometimes self-absorbed 10-year-old morphs into caretaker mode around those who need the most care.

He also values his family. When told we have cousins that live merely 15 minutes away, yet we haven’t visited in a while, he is indignant. He lectures me, “How come we never go visit them? They’re family we have to go visit.” BR also shows great concern for his friends. Recently, we were considering a birthday party for him.  He is way past the age of inviting the whole class. As he was counting up those he wants to invite, we got to the limit that I set.  However, he was concerned. BR wanted an extra person to ensure one person on his original list would have someone there to make him happy.

SJ is a happy child. He hums to himself constantly, (he is CRAZY for Lego Star Wars and the Star Wars music is his humming choice. Cute – yes. Annoying after a while – yes!) and is always ready to laugh.

This chatty happy boy is the type who always reaches out to the new kid. SJ’s birthday is in November, and his is often the first birthday party of the year. The last two years he has had a new student enter the class just a couple of weeks before the party. Ms. MMK instructed SJ to the new student. He was happy to do so. Both years, SJ has gone on to form friendships with the new student in the class. He told me he wants the new students to feel happy and comfortable in their new school. By the way, the teachers recognize this trait in him as well as each year the new kid was seated next to SJ.

So, now I ask you readers the question that Lee posed. What is something you are proud of your kids for?

4 thoughts on “Why I’m Proud of My Children”