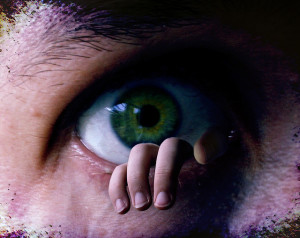 You see SJ is afraid. He is learning to ride a bike and is afraid of falling. So, I pushed him down. And his bike. Then, I fell too.

“Does it hurt? Are you okay? Can you get up? Do you want to try again?”

He can ride. I have seen him do it for a few seconds here and there. Then he gets nervous and starts to think. Then the fear wins. He takes his feet off the pedal – wishing to stay still and fearful of moving forward.

I throw the ball to BR. He moves aside sticks his baseball glove out half-heartedly hoping the ball will land inside.

My next throw is at BR. I want it to hit him. And it does. He is upset.

The catch is over, and we go in the house.

“Don’t be nervous. You can’t be afraid of the ball. You will never be good at baseball if you are afraid. Fear of the ball will lead you to getting hurt.”

He loves baseball and is determined to join Little League next year. He has improved his hitting, has a good arm, and knows the rules. He could be a solid player. This will never occur if he is filled with fear. Nerves are holding him back.

Both of my boys are often fearful and nervous. It saves them and eases some worries. Yet, fear of the unknown, fear of failure, and nerves holds them back.

As an adult, I have settled somewhere in between.

I question and pause. When I don’t move forward, I tell myself I am being realistic, practical. In reality, there are times when fear, nerve have won and it is to my detriment.

Other times, I have jumped in. Fear be damned. I changed professions practically on the fly. When my wife brings this up, I just shrug. It didn’t seem like a big deal. I did what I had to do. Why should I be nervous?

I want my children to be confident enough to ask for help. I want them fearless enough to be willing to take a chance. I want them determined to get up the nerve and try new ventures.

I can’t promise them they won’t get hurt. They will fall and the ball will hit them. Pain, failure, and disappointment happen. As will success and joy.

I want my boys to know that and to live life that way. Maybe, I need to be a better example.

31 thoughts on “Why I Deliberately Hurt My Children”