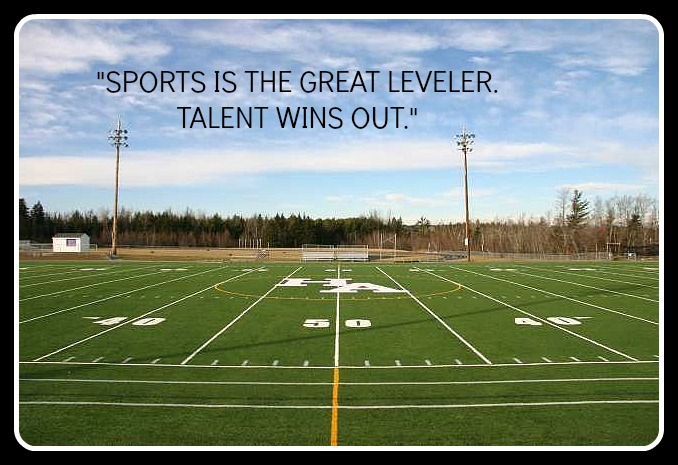 Earlier this week, an article came out in the Tampa Bay Tribune. As part of an interview on another NFL matter, Dungy was asked about Michael Sam. Sam is the first openly gay player to get drafted into the NFL.  Dungy said, “I wouldn’t have taken him. Not because I don’t believe Michael Sam should have a chance to play, but I wouldn’t want to deal with all of it. It’s not going to be totally smooth…things will happen.”

The Dungy comments created a furor, and therefore, he issued a statement. In it, he essentially blames the press for why he would not have considered drafting Sam. An excerpt:

I do, however, believe that the media attention that comes with it will be a distraction.  Unfortunately we are all seeing this play out now, and I feel badly that my remarks played a role in the distraction.

The NFL is a multi-billion dollar business. As noted above, the media coverage is intense. Sports radio shows debate frivolous issues such as fourth string running backs, the optimal weight for a kicker, and which uniform color is best. So, I do believe the media surrounding Sam could be a distraction.

However, I don’t buy Dungy’s reasoning.

A few years back Tony Dungy pleaded for teams to take a chance on Michael Vick. Vick, a quarterback, was a top pick of the Atlanta Falcons. He led his team to the playoffs and was considered an upper echelon quarterback. In addition to football, Michael Vick enjoyed dog fighting. In fact, he liked it so much that he ran a dog fighting ring. He perpetuated cruelty to animals.  For these acts, Vick was sent to jail.

When Vick was released from jail, he wanted to get back to playing in the NFL. Dungy essentially took Vick under his wing, vouched for him and said he deserved a second chance. Eventually the Philadelphia Eagles signed Vick. And guess what? The media scrutiny was intense. Animal rights groups protested. It wasn’t pretty. Dungy surely knew this would happen. Everyone did.

So, the logical question is why advocate for Michael Vick and not Michael Sam?

I love sports. It’s the great leveler. Talent wins out. It’s clear and simple.  Michael Sam is a marginal talent. Michael Vick had been a major talent. If Dungy had said, I would not want to deal with a media circus surrounding a player unless the player was elite, I would have understood what he meant. Again, sports is a business. It’s about winning, filling up stadiums, selling concessions, and earnings.  Sports teams should do what it takes to win (of course within reason).

Dungy is committed to his religion.  Homosexuality is considered a sin according to the Bible. Now if Dungy had said his commitment to religion makes him uncomfortable with Sam, I would have understood. It should be noted that the Bible also talks about hating the sin and not the sinner.

It seems that Dungy has judged Sam based on outside issues.

And that’s not right.

What do you think?

6 thoughts on “Tony Dungy and What Makes Sports Great”