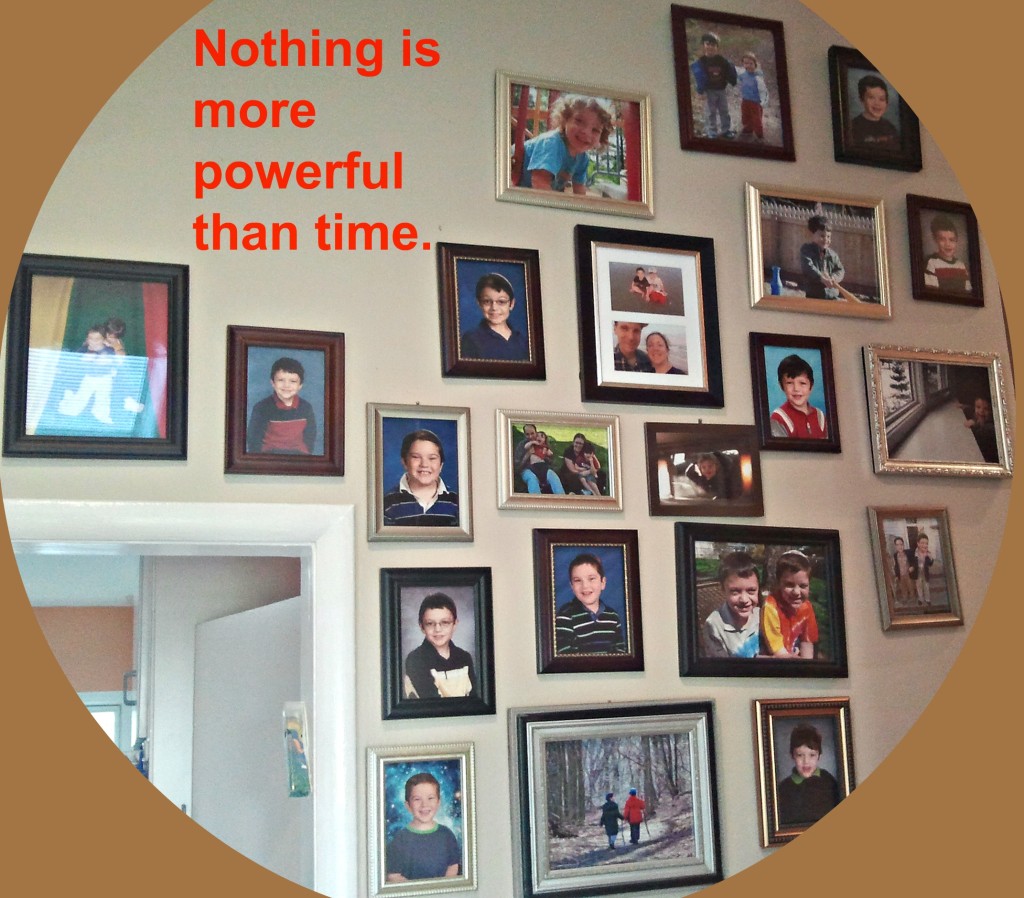 My buddy noted that the Boyhood did not have a clear plot, and he’s right. What you see in the movie is what you bring to it. While that’s true of nearly every experience, it’s particularly true here.  For example after watching 12 Years a Slave, I think most people were talking about the struggle the protagonist went through and his desire to maintain his dignity or some derivative of this.

For me, Boyhood is ultimately about the passage of time and time is the star of this movie. What makes the movie truly unique is the actual growth of the children.

Time can be neither stopped nor saved. Nothing is more powerful than time.  Life passes by day after day, week after week, year after year.

The question becomes how are you going to make the most of the time that you are blessed with?  Think about where you were 12 years ago. My wife and I were newlyweds. We lived in Manhattan in an apartment. I had hair. And it was black.  Sigh.

And we didn’t have children.

I look at BR, and he is 10 years-old. Next year he will be in 5th grade and ready to graduate elementary school. I close my eyes and see a montage from the moment he was delivered till today. First steps, roly poly, kindergarten, and baseball games.

I look at SJ, and he is 7 years-old. Next year he will be entering second grade.  The montage rolls and the memories flood in.  Potty training, first haircut, riding in the shopping cart, and summer camp.

I’ve been there for every moment of my children’s lives. And I feel remarkably fortunate to be able to say that.  Those moments keep coming and some I’ll remember and some I’ll forget that. It’s only a matter of time before they’ll be taller than me, borrowing my razor, and taking the car.

Time can’t be saved. It’s not like spaghetti. This is my time now. So, I’m going to use it as well as and as completely as I can.  I suggest you do the same.