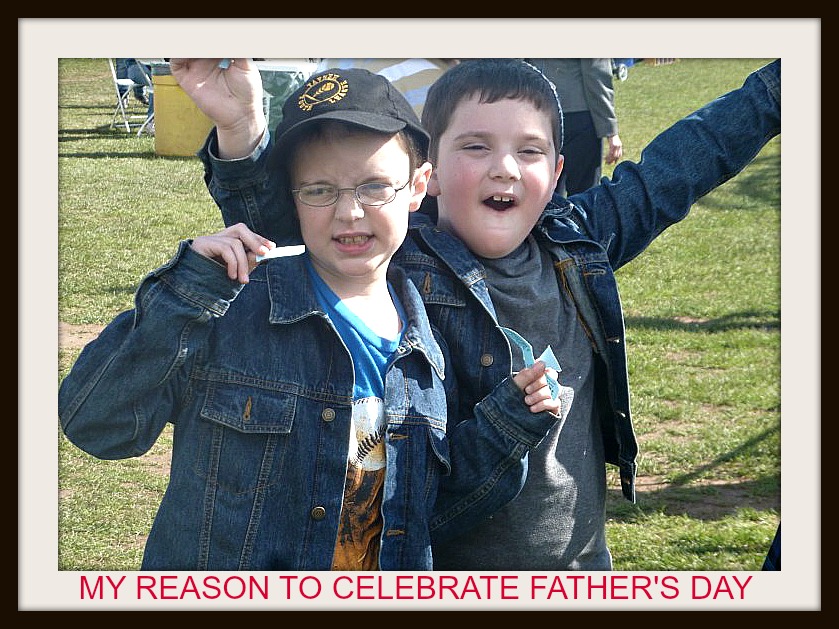 When Father’s Day 1998 came, I had no interest in acknowledging the day. What for? I did not have a father, and I did not have children. I felt left out and did my best to go about my day like it was any other Sunday. I ignored the advertisements for power tools and silly ties. I changed the station whenever I heard My Father’s Eyes by Eric Clapton which seemed to be on every radio station’s playlist.

I could have celebrated the day. Each of my older brothers was married with young children. I could have eaten a piece of cake, oohed and ahhed at a smiling baby and said happy Father’s Day.  Yes, I’m sure my brothers would have been happy to have me hang out with them on Father’s Day. But I didn’t want to. I would wallow on my own, feeling sad and left out. “Such is life,” or so I thought.

As the years went by and the pain over the loss of my father ebbed, I continued my tradition of ignoring Father’s Day. What was the point? There was nothing for me on that day. In fact, one year I went to the beach. There were four of us.  I thought of us as the “Dead Fathers’ Club,” although one of the beach-goers was simply estranged from his father. Wasn’t he lucky!

In January of 2002, my wife and I married. One of the things we had in common was we both had lost our father. No, it’s not what drew us together.

Anyway, Father’s Day continued to be non-entity as far as I was concerned.

When the third Sunday in June arrived that year, it once again had meaning to me. I was a father. Father’s Day was a day for me. I was ready to celebrate my role as a father.

I have memories of the day. My wife and I had a bagel brunch. We’re big on brunch in my household. I strapped BR into the baby Bjorn and the three of us headed to the park. We did that often in those days. 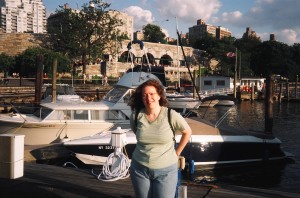 Ms. MMK at Riverside Park during one of our many strolls.

We wandered along Riverside Park in Upper Manhattan. As you can guess by the name, the park is on the New York City side of the Hudson River. There are views of the George Washington Bridge along with various New Jersey towns. We strolled through the park. There was no rush.

I don’t remember the exact conversation. However, I’m sure my wife and I talked about our family. Our growing family.  Sleep deprivation, dirty diapers, and crying – those subjects probably came up as well. It seems like those subjects were always on our minds. 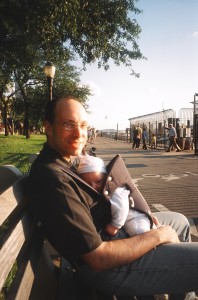 BR & I resting on a park bench in Riverside Park

But I didn’t mind. I was with my family. I had every reason to celebrate. Life felt complete. I was content.

This is the 10th year since BR gave Father’s Day back to me. He and SJ have given me more than they could ever know over the years, and I have every reason to enjoy Father’s Day.

The baton has been passed. Though I miss my father and wish he and my father-in-law would be around and be part of the day, I am happy. So, I celebrate Father’s Day for me, as a dad.

10 thoughts on “The Return of Father’s Day”