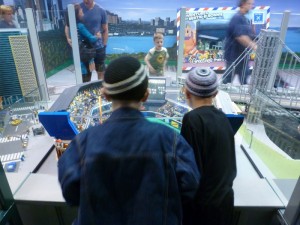 Does the meaning of friendship change with each relationship?

Does what one require from friendship change with age?

Last week BR had a play date with his best friend, I. BR and I. met in kindergarten and their friendship formed quickly. Just a few months into that year, BR informed me that I. was “the best friend a guy could have.”

Really, he said those words.  I was just happy that he had a friend as he is shy and has some social challenges. I. is very similar.

Anyway, BR & I. bonded right away and spent every recess together doing their own thing. They didn’t always lead each other on the straight and narrow. Mischievous they could be. I’d like to think it was mostly innocence with periodic misguidance.

Well, these two twins from different mother have been separated this year.

As I’ve mentioned in past posts, BR is in a different school this year. While my wife and I were confident that we were doing the right thing for BR, we worried about him missing his friend. My wife and I promised BR that he would still see I. as we would schedule regular playdates.

We’ve manage to get the friends together for playdates though not as regularly as we would like. Last weekend the boys had a playdate at our house.

The doorbell rang. I. and his father stood patiently. I opened the door and I. scooted past me like a running back avoiding a defensive lineman. I called out “hello,” but it was too late. He was already headed downstairs. Three seconds later I heard I. say, “Oh you got Minecraft.”  And that was it. The boys were bantering back and forth for the next 2.5 hours.

That night before BR and I started our reading, we had a conversation.

“You guys always have fun together, don you?”

“All you guys did was play Minecraft?”

“Oh. Did you guys talk at all? I was in the room for a lot of the time but was focused on other things. It’s hard to miss their animated and loud conversation.

“Did you talk about anything besides Minecraft.”

“Did he ask you what you were up to?”

“I don’t get it. You haven’t seen him I in nearly a month.  Aren’t you curious what is up with him? Don’t you want he is doing in school?”

I tried to explain, but he really didn’t get it. Aren’t friends supposed to ask each other what’s going on? Shouldn’t friends discuss their shared experiences?

They are great friends. They make each other happy. They are in their own world when they are together. Their friendship doesn’t involve analysis. And it works for them.

18 thoughts on “The Best Friend a Guy Could Have”