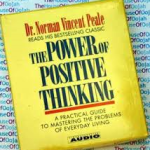 Blah, blah, blah.  Not even chocolate tastes that good.  What’s up?  I don’t know. Everything is fine.  No blues or reds or greens – just grey. Plain low-fat oatmeal.  I’m not going anywhere with this. I don’t know what is going on. I’ve had this feeling for a little while now, and I don’t know why.  I’d like to blame it on January. I hate January. I wrote a whole story about my feelings for this month. It was quite witty, and I do say so myself.  While this January has been on the warm side, there is still the darkness. I told my wife I may have S.A.D. She laughed – thanks Florence Nightingale.  She’s probably right.  Depression can stem from a chemical imbalance and is a serious issue. Thankfully, while I may suffer from an imbalance, it’s not chemical. Thus, I can’t be labeled. Yes, I’ve had the blahs before, but who hasn’t?  However, there is no trend.

Life has not been terrible – far from it.  Firstly, you got the basics – health – family and meü, working/paying the billsü, house ü. My family and I recently went away for the night. My wife and I celebrated our 10th anniversary.  Bruce Springsteen released a new single, an album is on the way, and tour dates have been announced.  All good things that should contribute to a joyous contented me.  Yup, yup, yup.

I don’t know what to do. Maybe, there is nothing to do about it. Maybe it’s okay to be a little sad, bummed, or depressed.  There was an Everybody Loves Raymond episode where Raymond discovers that Debra likes to be by herself sometimes and have a good cry every once in a while. She is convinced it is a good cleansing while he thinks she is unhappy. Funny episode.  Anyway, I am not suggesting that. It sounds pretty feminine to me and besides, I’m not much of a crier.  Our society places so much emphasis on – must be busy, must be happy. However, I think it is natural to feel a little down every once in a while. I read a book about optimism and the psychologist noted that everyone gets down at times. However, optimists bounce back quicker.  Therefore, I’ll continue living and a remedy will avail itself.  After all, I believe happiness is a choice.  As part of my treatment and desire for happiness, I’ll keep right on eating that chocolate. You never know which piece might do the trick. I’m a good patient.