I walked in dejected.  I rummaged through my pockets, emptied my briefcase, and checked my lunch bag.

“What is it? What are you doing,” my wife asked.

“I forgot my phone on the bus.”

My wife called the bus company. With the third announcement of, “All operators are busy. Please stay on the line. We appreciate your patience,” my wife said, “Do you know the bus route?”

And so began a high speed chase.

Nary a moment passed as I hopped into my car. I would have gone in through the window ala Bo and Luke Duke getting into the The General Lee (I know Dukes was cheesy with Confederate overtones. However, I loved the car chases and seeing Catherine Bach in her Daisy Dukes.  I waited and hoped for a wardrobe malfunction). But, the windows were merely cracked on my 2005 Grey Honda Accord. This slowed me some but, to make up time, I didn’t allow the standard warm-up time for the engine.

Wait, it gets crazier.

I soon was on Saddle River Road (in case you want to plot my journey) but saw no sign of the bus. I cranked up the One Direction – “But when you smile at the ground it ain’t hard to tell, You don’t know…” Damn, that song is still catchy (https://larrydbernstein.com/top-40-kids/).  Of course, I’d rather have been listening to Springsteen. 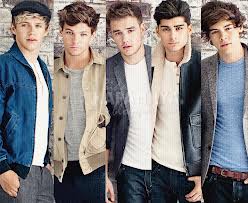 One Direction – courtesy of Google.

This car chase motored into another city, Glen Rock, where the speed limit is a whopping 25 miles per hour. Larry Leadfoot was speeding along Ackerman Avenue at 35 miles per hour.

In the immortal words of Pee Wee Herman: I’m a loner, Dottie. A rebel.

Despite my rebellious bad ass self, my mission was incomplete. Still no bus in sight. I was at a crossroads. I no longer saw bus stop signs and wasn’t certain of the bus route. While I was weighing the option of heading directly to the end of the bus line, I saw not one but two buses drive past perpendicularly. (By the way, I got a D in high school geometry. I hated that class with a passion.) So, I made a right turn on to Maple Avenue and was hot on the trail. I was feeling confident.

But which bus held my phone? I was two car lengths behind when I saw a passenger get off one of the busses. I know this guy. He is an older construction guy.  I’ve eavesdropped on many of his conversations. Actually, he talks so loud that “eavesdropping” is not the proper term. He doesn’t go two sentences without using the f-word (this chase scene is PG-13).  He also is very knowledgeable about his trade.

A nagging question haunted me: how was I going to get on that bus? Where is Keeanu Reeves when you need him?

I considered parking and running after it. It was hot, and I am tired on Fridays. Next. I thought about trying to get in front of the bus, but we were on a one-lane road which did not allow for passing even when the bus dropped off more passengers. I decided the first thing I needed to do was to get the license plate number – which I did. And then, I forgot it 30 seconds later. I did, however keep the bus in my sights. Then, trouble came in the form of a traffic light.

The bus made a left on to South Ridgewood Avenue. When I was ready to turn, the traffic light had been yellow for a few seconds. I went for it. And made it. And only checked three times for cops. I’mma crazy – right?

The bus finally reached the end of the line. But wait. The bus driver did not exit the bus. In fact, people were still getting on. I looked for a parking spot and only saw a filled train station lot. Well, I had come too far to stop then. I parked my car in an area that was not designated for parking. I ran out of the car without bothering to roll up the windows and made a run for the bus.

The Eagle has landed. I spoke to the bus driver, who was clearly overwhelmed by my good looks and therefore eager to help. She pulled out a case that was found. Alas, it was not mine. My search of the seat. A good Samaritan had the sense to call my number. The vibration went off and I knew I was good. I took my phone, expressed my gratitude, and walked off the bus.

I drove home at a more careful 25 miles per hour, the adrenaline gone, but my phone safe beside me.