Ready to go to his first Little League game.

This is his last year in the league, and he made his goals clear.

END_OF_DOCUMENT_TOKEN_TO_BE_REPLACED 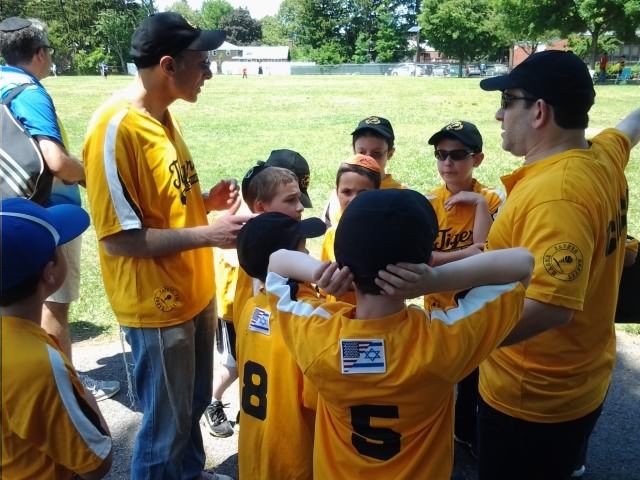 Over our seven game season (not exactly a grind there), I learned some things. END_OF_DOCUMENT_TOKEN_TO_BE_REPLACED 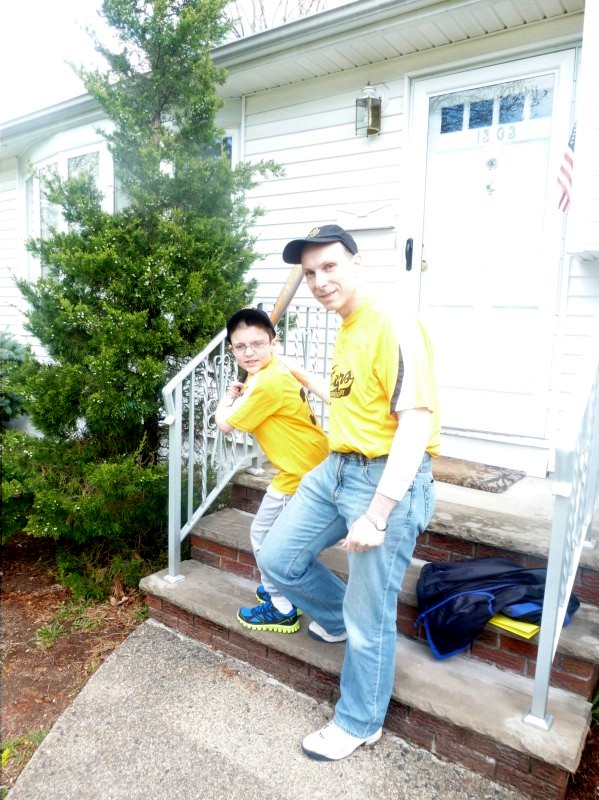 Yup, just another day on the calendar. Nope!

She blogs about stumbling through parenthood at Mom in the Muddle. She writes, edits, parents, and whips up last-minute dinners while trying to survive her kids’ math homework.

I enjoy Karen’s blog very much and look forward to each post. So after reading her post here, make sure to go check out Mom in the Muddle.

I Can’t Handle the Sidelines

I’m pretty sure it was one of the reasons I stopped playing. I knew it even then. In fourth grade, I played softball and I wasn’t very good. When the ball was hit to my patch of centerfield grass, I ran for it and threw it in. I threw it to whoever looked most eager to get it in her glove. Only my aim sucked. My eyes looked at her outstretched hand, but the ball went six feet to the left.

I used to sit in the dugout and pray my turn wouldn’t come up. Standing at the plate, I could hear the parents in the stands. Maybe they meant for me to. “Come on, hit the ball!” They weren’t using encouraging tones. They weren’t being helpful.

As a parent, I’ve sat on the sidelines through enough games and enough sports to know that I’m not cut out for this sort of thing. I hate sitting in the stands, hearing the other parents. My kids are 8 and 11, and I already hate the other parents in the stands. I hate hearing them chuckle when a kid messes up, and not just my kid. I hate the parents who scream at the top of their lungs to their own kid, “Shoot the ball! Get it, Bobby! GET IT! GET IT! GET IIIITTTTT!” I wonder whether I’m going to have to slide over when the guy’s heart attack kicks in.

I hate the parents who forget that these kids are still learning the game, and this is not the big leagues, folks. I hate the coaches who teach the kids to push the rules.

I get angry at the kids out there who call the other kids “asses” and bully them so hard that you have to have a talk with your kid after the game about being the better man and good sportsmanship—when the talk you really want to have is, take that kid down.

I’ve heard parents laugh at my kids, yell at them, and yell at their own during all sorts of sports through the years. I’ve had to get up and walk away.

I’ve learned to sit on the grassy hill to watch baseball games, on the other end of the field during soccer games, and on the floor against the wall during basketball games. I try not to sit with the other parents. One man last year yelled so loudly so often at his son during a game, that I had to cover my ears and finally had to move. My son told me later he was glad my husband and I didn’t do that.

I do a lot of clapping during the games. I clap for my kids and other kids. I talk under my breath. A lot of times I just sit there and watch.

I remember how hard it was to be out there with so many eyes watching. Some kids are naturals. Some kids aren’t. Some kids will work hard at it and get through all that. But they don’t need some jerk in the stands to crush their spirit.

I know I never was a great athlete. I didn’t want to be. But I’ve learned more in the past eleven years about throwing a ball, shooting a basket, and kicking a soccer ball than I ever did during my own childhood because now I don’t have grown bullies bringing me down.