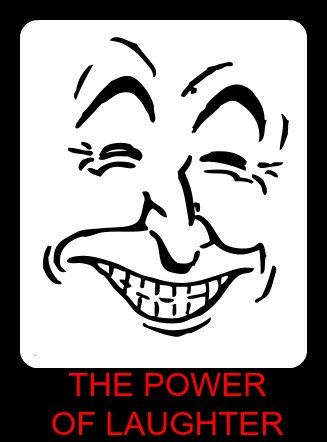 END_OF_DOCUMENT_TOKEN_TO_BE_REPLACED

A man who brought laughter.

Laughter is the most wonderful sound.

Everyone is beautiful when they laugh.

The first person I heard laugh was my mother. When I was a child, I often woke up early on Sunday mornings. I would hang out with my mother who was already busy in the kitchen. I treasured those times together.

Back in my single days, someone asked me what I wanted in a woman. My response: someone who I can laugh with.

Yes, I believe in the power of laughter.

Therefore, anyone who can make people laugh possesses a wonderful power. A superpower.

This past week Harold Ramis died at the age of 69. In my book Ramis was a superpower.  The list of comedies he wrote includes: Animal House, Caddyshack, Stripes, Back to School, Groundhog Day, and Analyze This.

Yet, the movie I will always remember him for is Ghostbusters. Ghostbusters blew my away! It was Ramis at the top of his power.

Ghostbusters loomed over years of my childhood.

I still remember the movie vividly. From the opening scene when Bill Murray’s Dr. Venkman is shocking a man and flirting with a woman as part of a scientific experiment till Venkman and crew take down the Giant Stay Puft Marshmallow Man.

I repeated some of the lines for years to come:

The superintendent’s gonna be pissed!
What a lovely singing voice you must have.
Ray, when someone asks you if you’re a god, you say “YES”!
Yes, it’s true. This man has no dick.

The decal on my Ghostbusters tee shirt wore off from going through so many wash cycles.

Shoot, I even loved the Ray Parker Jr. song – Who you gonna call?

I mashed my faced against a window ala Rick Moranis’ character, Louis. Remember that scene? He is trying to escape from the terror dog and runs through Central Park. Louis ends up in front of a fancy restaurant.   He tries to enter the restaurant but can’t so he ends up pounding on the window. For a split second, everyone freezes as they turn to look at Louis screaming unintelligibly. They ignore him and instead turn back toward their food as if nothing has happened while Louis is pounced on by the terror dog.

This scene struck me as hilarious. I laughed louder and longer than anyone else at the theatre.

My wife and I laugh together. We disagree plenty and piss each other off. But we still laugh. I love to hear her laugh. We’ll be fine.

Then, there are my boys. I live for their cackle.

SJ is a tougher nut to crack. He is more likely to say, “you’re funny,” than laugh. Except when I tickle him. Then, you should hear him. Just writing that makes me happy.

BR’s sense of humor is developing. While he still loves farts, burps and bodily noises in general (hey, he is 9), I can tell him a joke and get him going. The other day he and I were hanging out, and I had him belly laughing. What a wonderful sight.

Yes, laughter is beautiful. Being able to make others laugh is a beautiful gift.

Thank you for sharing your gift and making me laugh Harold Ramis. Rest in peace.