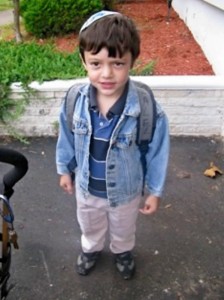 But I learned a lesson.

A good teacher makes all the difference.

Here I am a veteran teacher, and it took BR having a horrendous school year for me to learn the value of a teacher.

The problems went beyond the teacher. The administration, for the most part, was of little support or assistance.

Sending BR to school left Ms. MMK and I uncomfortable. He was not being treated right. I don’t mean physically.

His confidence was shaken, his reputation was damaged, and his progress was stunted.

Now BR would not recognize most of this or not at any meaningful level.  However, we saw this happening and did everything possible to work with the school to prevent it. But got nowhere.

And then the school year ended.

And a new one began.

We prepared BR in the best way we could. And we had outside assistance.

Wednesday was parent teacher conferences. Ms. MMK had the day noted on the calendar for months. She had met with the teachers and other school personnel on a couple of occasions, but this would be the first in-depth meeting in a couple of months.

We were anxious but hopeful. After all, we had not gotten the dreaded calls home. Plus, BR seemed different – happier, calmer, and content to go to school.

I joined the conference at 2:15 (I had to call in from work) – just a few minutes after it began. While I would have preferred to have been there, the message came through loud and clear.

BR was doing fantastic. He had bumps in the beginning, and he is not perfect now.  I wouldn’t believe it if they had said he was.

They noted that BR has fallen in line. He assists other students. He is doing well socially. He is comfortable sharing. He is learning.

One teacher after another showered him with praises.

While Ms. MMK and I were in separate locations, we felt the exact same way

Ms. MMK thanked the teachers multiple times. She said, “this is the best parent teacher conference I’ve ever been to.”  She was on the verge of tears – of happiness.

I was in an empty classroom and smiling widely. All I wanted to do was hug BR.

We know that BR has challenges and is not an easy child. We know he needs particular kind of teachers.

Now, we know that he can be a great student. More importantly, he knows that too.

Thank you to his teachers and all those who assist and work in conjunction with them.

What a difference a year makes!!!