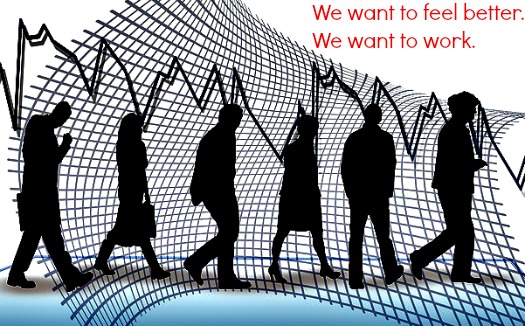 END_OF_DOCUMENT_TOKEN_TO_BE_REPLACED

Eating only the red m&m’s, never reading the last page of a book, washing your ears first, only wearing blue on Thursdays – we all have our quirks. Some quirks are truly interesting while others seem just plain odd. However, whatever the quirk is, they are one of the things that make us uniquely human.

My younger son (SY) is 5 ½ and has a few quirks. In fact, I would venture to say he may have a touch OCD. Remember the Helen Hunt, Jack Nicholson movie – As Good As it Gets? Nicholson’s character has OCD, and it is presented in a comical way. He has to have certain foods, the table needs to be set in a particular way, etc. Anyway, SY must close doors. It doesn’t matter what room he is in as long as the door is closed – other wise uncomfortable/bothered. If you are exiting a room, he will remind you to shut the door. In fact, it is not only the room he is in. If as he is walking to his bedroom, he sees the doors to the other bedrooms open, he will stop and shut them. This seems to have started a few months ago, and I have no idea why.

In lieu of this compulsiveness, I have an idea. Everything is for a reason, and we can make the best of each situation – lemons – lemonade. You know the deal. So, I want my boy to join me in the crusade to save the planet and along the way build up a trust account. Huh? You see I am the one in my family that goes into the empty rooms to turn off the lights or electronics that were left on. Others will walk out of the room and think nothing of leaving things on, so I have taken on the role of electric cop. I am looking to recruit SY. Why not be obsessive about something that is both environmentally friendly and cost-effective? Save money and the planet. Brilliant – wouldn’t you agree?

Look, I acknowledged recently that both of my children are going to end up on the psychologist’s sofa? So, why not harness the OCD in a productive way? Does anyone know how to make a child obsessed with turning off the lights? Behavioral chart anyone? What an original!

I sometimes feel queasy in malls. It could be the stale conditioned air, or the odor from the fake plants, or the mess of smells that emanate from the food court. Or maybe it is the massive amount of commercialism and the constant thought that runs through my head when I find myself in such a place – “Why the hell does anyone need this stuff?”

I’ll get back to that. My boys and I are all off from school this week. My wife decided to take the week off as well, so we could enjoy some family time together. After some debate, we ended up going to the Adventure Aquarium in Camden, NJ. Located on the waterfront across the river from downtown Philadelphia, the aquarium had ample parking with a fish motif throughout the lot and entrance area. There was a line to get in, but it moved quickly. The entrance fee was somewhat steep – they were not open to negotiations – but I was convinced the large aquarium surely would have much to offer.

It feels good to say told you so. There were numerous displays in the aquarium including some where you could touch the fish. I actually petted a shark and a stingray. I was trying to be a good parent – definitely would not have bothered if I was there childless – and inspire my children to take chances and get out of their comfort zone. Nothing doing. Oh well. There was one room that was more like a tunnel through an aquarium with sharks all about. Another area included a spot where children could put their heads into an inverted fish bowl and look out and see the fish up close and personal. Photo op! Anyway, we also wandered outside where they have Penguin Island. My children, who are more into “hands-on” than “eyes-on” displays, enjoyed themselves at a breakneck pace, rarely slowing down to stare at the fish.

So, as you can tell from this description, a good time was had by all. However, there was something about the aquarium that bothered me. It seemed as if everywhere you turned, there was something for sale. Firstly, the food court was massive and was a throughway that we seemed to have to use perpetually. Then, there was the gift shop. It was large and filled with so many useless items. They also had face painting, an area to have your child pose on a surfboard, and other cash guzzlers located throughout the aquarium.  None of this is outrageous and is almost standard these days at attractions. Probably just my craziness. Yet, it felt as though the commercialism was everywhere. We were in the aquarium 10 minutes before we actually saw fish, though we had passed half a dozen stands selling all types of unnecessary items. Aquarium? Mall? I don’t think it was the smell of fish making me queasy!

It’s Spring. Yes, I know it does not officially begin till Wednesday, but let’s call a spade a spade. Here on the East Coast at least, we escaped the harsh winters we are used to and the snow of the last two winters. It was downright mild for the most of the winter. Not that I am complaining. I’ve told my wife on multiple occasions that I am the type who retires to Florida. Anyway, I kept waiting for another cold spell and even snow. I braced myself for the coming frigid weather. I repeatedly checked out weather.com and clicked on the 10-day forecast. I skimmed the information looking for those evil 20’s and teens but lo and behold they rarely appeared. What about snow? Are we getting snow? Nope, not that either. (To be honest, I would like a snow day – for my kids’ sake of course).

The temperatures are only one reason I hate winter. The biggest reason is I am a Winter loser. Well, what I mean by that is the winter magnifies one of my worst traits. I tend to lose things (unfortunately, this seems to be another one of those traits I have passed down. I think my son’s school is going to rename the lost and found after him. We still can’t find his winter coat). I go through 2-3 lunch bags a school year, have lost multiple thumb drives, misplaced glasses, etc. In fact, if you could line up everything I lost, Hansel and Gretel could go on 200-mile hike. What they would see the most along their hike are gloves and hats. Ahh, now you see one of my biggest problems with winter. In winter in particular, I am a loser. I need to buy disposable hats and gloves like some people buy disposable contact lenses.

Last year over Chanukah, my wife got me a decent pair of gloves. She was disappointed at my reaction to the gift. I looked at them and saw pressure. What if I lost them? If – who am I kidding – when I lost them, my wife would be reminded of this failing yet again. While she doesn’t think me perfect – that ended by the end of the first date – I still have some dignity. Anyway, I lost them and bought two more pairs. Despite this stocking up, by the time the dreaded season ended, I was wearing 2 left-handed gloves. It was part of my stance against personal waste.

This winter, this mild winter, I once again got gloves for the holidays. This time my wife gave me three inexpensive pairs along with matching hats. I am proud to say I only lost one hat (that was last year’s replacement hat) and one glove. Is it pathetic to feel proud and view this lack of loss as an example of growth and accomplishment? I think not. So as I take stock this Spring, I feel pretty darn good. After all, I am the proud owner of hats and gloves. I won!