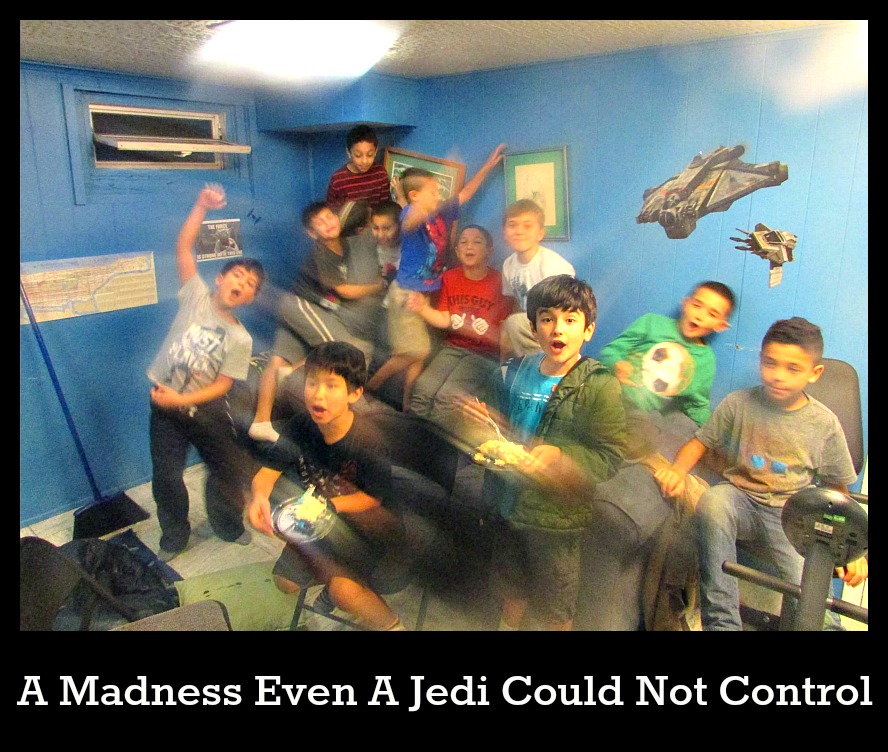 Planning the party was simple. Yes, Ms. MMK did the planning, so it was very simple for me. But still, one of the biggest challenges of planning the party is coming up with a theme and activities. I recently told you about SJ’s love of Star Wars, so the theme was set. He has yet to see Return of the Jedi and decided that’s what he wanted to do at his party.

It sounded like a reasonable request. Again, he loves Star Wars and so do a bunch of his friends. They play Star Wars at recess with the kids taking different characters. SJ’s character of choice is Anakin.

Now, we’re veteran house party makers with past themes including Minions and video games. The kids have enjoyed them, and the house has been left standing. So, I was sure this party would go smoothly as well.

The party was set for 3-5:30. Yes, it was long and other parents questioned even though it was clearly labeled on the invite, “What time should I pick him up?” But the movie was over two hours long, so the length was not an option. 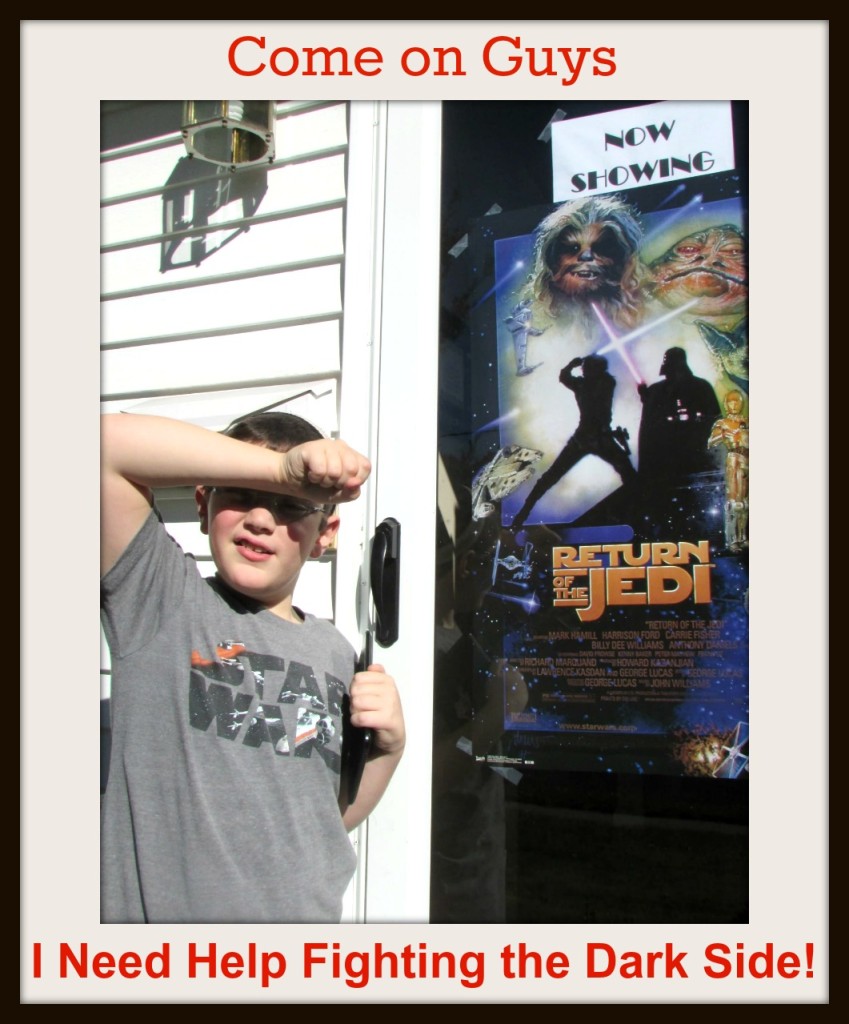 Picture this SJ and 11 other 8-year-olds in our basement. We had mounds of popcorn, drinks, pizza, and cake. Heck, we recently got a new television to enhance (no, that wasn’t the only reason – don’t be ridiculous) their movie watching experience.

What could go wrong?

Now, we weren’t expecting 12 8-year-olds to spend 2 plus hours sitting down quietly and calmly watching a movie. THAT would be weird. No, we knew there would be noise, spills, and jumping.

But really, holy crap – it was nuts. There were a few occasions where SJ said to his friends, “You guys are acting like animals!” A little harsh but not completely off. By 4:23, the calculator in my brain was figuring out how many more minutes till it was over.

Besides the mess which left this neat freak uncomfortable, the noise was constant, punches were thrown, and toys were destroyed. Children have not gone this crazy this quickly since Ralph, Piggy, and Jack and company landed on the island in Lord of The Flies.

Why the madness? Well, not all the kids are Star Wars fans. Many of the kids had seen the movie. They came for the food – only quiet when threats were made to withhold pizza and cake – and to spend time with their friends. Movie watching, pfft – who needs it?

When the movie ended, insanity really erupted. Light sabers and other weapons were drawn, kids were jumping off chairs, and screams were screamed.

Finally, 5:30 came and parents came to pick up their children. The room emptied out, and cleaning took place.

With the basement returned to order, I sat down and ate a slice pizza and had some birthday cake. And I thought to myself, “What were we thinking?” 12 boys in a basement – really? 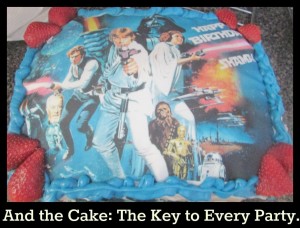 Well, each kid left with a smile on his face. And SJ was talking about his next birthday party as he readied for bed.

So, whatever we were thinking – we done good.