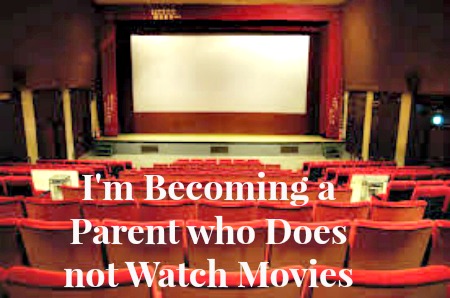 I love watching movies. Don’t ask me to list a top 10. Too hard.

While I have not been a regular movie theater goer in a while – three times a year seems about right – well that is if you don’t count kids movies, I’m happy to sit down and watch a movie. And it’s not just for an excuse to munch munch on popcorn. Serious movie fan!

Over the years, I’ve had conversations with other parents about watching movies. The conversation often goes something like this.

At that point, I usually shake my head in disbelief and question how busy they really are.

But, lately, I’ve been sinking into the non-movie watching pit. I don’t want to become a parent who does not watch movies.

How rare has my movie watching become?

The other day I watched the movie Sully. I know what you are thinking – how could I say I’m in jeopardy of falling into the non-movie watching pit if I just watched one a few days ago.

I checked my Nextflix account and saw that I had Sully on hold to be watched since February. Four months! By the way, I enjoyed the movie, but it was weird to see Tom Hanks looking so old. Where have you gone Bosom Buddies?

There must have been 25 times during those four months where I said aloud or thought to myself – I’m going to watch Sully. And then for one reason or another, it didn’t happen. One reason that is not on the list is watching television instead. I hardly watch television either. The one television show I watch regularly is Gotham – hey, it’s Batman. I also watch some sports and Modern Family when I can.

I wish I could tell you some high falutin reason why it took me four months to watch Sully and am becoming a parent who does not watch movies.  I’m not learning Latin. I’m not organizing a charity. I’m not becoming a first class chef. And I haven’t made a conscious decision to give up movies for reading (Shakespeare of course).

There’s no crazy or even interesting reason for the descent into the non-movie watching pit. However, I have found that it is a challenge separating work time from home time. While I take my work very seriously and am a fanatic about delivering assignments on time, I’m not a workaholic. I appreciate that there needs to be down time which ultimately makes me more effective in all my roles.

Since I’ve been working from home, I’ve never set a formal work schedule. I’ve found that challenging. Between parenting responsibilities, home obligations, and irregular work flow, sticking to a formal work schedule is a challenge. There’s also walking the dog and petting her belly (oh does she love that!), and I get sleepy in the early-mid-afternoon. Rather than fight it, I take a brief nap. I get an energy burst in the evenings and work then. By quitting time, I’m not in the mood to stay up a couple more hours and watch a movie.

Between the semi erratic schedule, work obligations, and family time, the time to watch movies has slipped away.  I know, I know – first world problem.

Truthfully, it’s not even a problem. I just miss watching movies. I want to be a parent who watches movies.

Give me hope parents – tell me you find time to watch movies.