At least he’s at the kitchen table – that’s some time together.

Babies are born completely helpless. They need help for everything. EVERYTHING. Burping, bathing, eating, drinking, dressing – oh my!

Slowly, the baby grows and needs less and less assistance from the parent.  So you, the parent, pull back and allow your child the space to do more and more on his/her own.

Then, they’re 11-years-old and in middle school, and they don’t want your help with anything. Hell, they’re offended if you even offer your assistance because it’s as if you don’t trust them or you don’t believe in them.

Sorry, a bit of a leap that last paragraph. Yet, that’s how it feels. Where did the time go?

Now, I’m not one of those parents who loved every second of their child’s early stages. I don’t miss wiping poop (Will I ever stop calling it poop?) off my children’s butts. I don’t think it was a bonding moment, and I don’t think if I loved the experience that the poop would have smelled like love.

But I do think it was all part of a process. Through that process, the connection between parent and child becomes stronger. And yes, that process is amazing and powerful.

Anyway, I’m enjoying my children at the stage they’re at now. I love the way we laugh, talk, and play together. I enjoy seeing how they interact with those around them. I love that they are at an age where they still like hanging out with me but are also able to be independent. 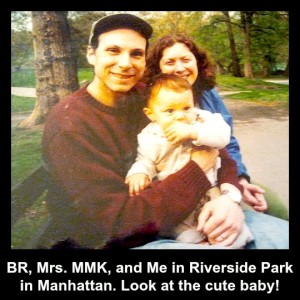 This picture hangs next to the desk where I wrote this post.

BR, though, is in a new phase. Getting him to hang out can be a challenge. He’s all about independence.

I saw the beginning of the transformation this summer. He insisted at camp drop off, “Just leave me off here.”

“It’s the first day. I want to know where you have to go and to let them know you’re here.”

“You know who runs the camp – Lisa. That’s who did it the last few years.”

“Yeah, but she’s the director, and don’t you only see her in the afternoon?” He sighs. “I’ll leave as soon as I talk to the people at the front desk. If you want, I won’t even talk to you.”

He didn’t laugh. He also didn’t want me to stay as he waited for this year’s counselor, despite me asking three times. Hey – I had to be sure.

There were similar experiences at the other camps this summer. I should have figured it out by then.

And a month later, middle school began. BR has had some challenges in school in the past. Because of those challenges, Mrs. MMK and I are used to being involved more so than the typical parent. How involved? Well, Ms. MMK knew the phone number of the guidance counselor by heart. This level of involvement was called for.

So, asking us to pull back – particularly Mrs. MMK – has been hard.

I’ve tried to tell Ms. MMK that we need to give BR more space. It seems to be the source of a number of our ‘discussions.’ Truth is, the adjustment is hard for both of us.

Memories of our boy needing us for the reasons that children need their parents and then some are hard to put aside. We were very much needed.

While BR has a lot of growing and maturing to do and responsibilities to grow into, he is in a different phase in his life. There’s a role for Mrs. MMK and I and it’s crucial but it’s also different. We are also entering a new phase.

I think we’ll have  a harder time adjusting – but I still don’t miss changing poopy diapers.

By the way, BR brought home his first report card from middle school.  And it was excellent.

8 thoughts on “My Son is In Middle School: Now What?”