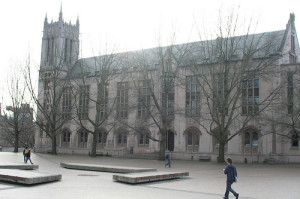 I always feared that this important decision would be turned into an impersonal sort of “project” rather than the individualized journey it should be. However, I’ve been lucky.  My parents have been forthcoming and attentive throughout it all.

Here is my dilemma: Do I enroll in a large public university that I can get in to with relative ease or do I bite the bullet and take on $80,000 + of debt in order to attend a private institution which may offer my greater opportunities?

I don’t mean to disparage public universities. Not at all. However, my parents have worked hard to send me to an elite and intellectually stimulating high school. Therefore, I feel as though I shouldn’t restrict myself. To this day, my mother, one of the smartest people I know, regrets having attended the large public university she attended. She was accepted to a handful of prestigious private schools, but economic realities prevented her from attending any of them.

Obviously, this isn’t an easy question. It’s also compounded by the fact that I am not choosing to study something economically feasible, like engineering or law. No, I intend to study creative writing, something that, as fulfilling as I hope it will be, gives the part of my brain concerning economic feasibility the howling fantods.

Anyway, as I have gone about the application process, I have come up with a list of the three most annoying things about applying to college in 2013.

As I continue to weigh my options regarding what college I’ll attend next fall, I’d like to give some advice to my fellow classmates in the class of 2014 and their families. Though, if we’re being honest, I think there is a minimum age for dishing out wisdom, and it’s definitely not 17. Anyway, my advice would be don’t doctor your application or inflate your accomplishments. First of all, that’s lame. Secondly, colleges claim they don’t want robots. They want a person. You’re the only you! Give them that. Finally, seek out your parents help, but remember in the end, the decision is yours.

Okay, off I go to write an essay on the importance of a liberal arts education for the umpteenth time.

15 thoughts on “Mom, Dad and I or The College Selection Troika”