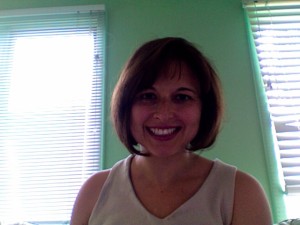 My son will be going through the same school system I did. Back then, we had home ec and shop in middle school. We also had a guitar elective that everyone had to take. Now the “elective” is an additional math class. To be honest, I HATED shop. When our teacher told us horror stories about what could happen if we moved the mechanical saw the wrong way, I was certain I would be the one in the class with blood gushing from her limbs. As for home ec, we had to make a stuffed swan. I got a D. So, yeah, not my favorite classes, but for many kids, these are the places they can excel. And, yet, in districts all over the country, these classes are the first to go.

Who do we blame? Washington? State governments? Parents? Yes, yes, yes. The parental role in this is scary. I know parents who hire tutors for their four year olds because they want them to be reading before kindergarten. I was part of a mommy group on FB where one parent was freaking out because her five year still used—brace yourselves for this one—his fingers and tally marks to count, rather than doing all calculations in his head. I left that group because the situation made me so angry. Too many parents today are so stressed about academics and making their kids the best (not the best versions of themselves but the best of all the kids in the universe) that they don’t stop and think about the things their children are gifted at.

What’s my current concern? I wish my six-year-old could tie his shoes. Seriously. But I’ve been too busy doing worksheets and extra math prep to teach him. One mom I know said she loved an afterschool program because one of the many things they did there was teach her kids to tie their shoes. I think as years go on, we’ll have a nation of young adults who can do the Pythagorean theorem, while wearing velcro dress shoes. Do companies make velcro sneakers for adults? Let’s get Tommy Hilfiger and Rebok on that mission because we’re going to need it.

Before you think I’m one of those parents who doesn’t care if her kid succeeds, think again. I want him to do his best. That’s it. If he works super hard and gets a C, so be it. If he can get an A but chooses to slack off, that won’t fly either. I just want him to never lose his creativity or love for learning.

16 thoughts on “Let Them Talk and Play”