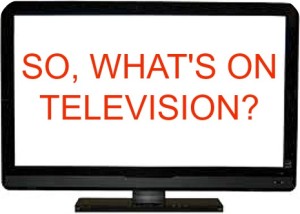 Recently, my family and I were visiting my mother for the weekend. Other family members came over to visit and to chat. It was all very pleasant. During one such conversation that included my cousins, BR and HR, I was a non-participant. It wasn’t by choice. I didn’t want to be muted, silenced.  Unfortunately, I was like an actor without any lines – I simply had nothing to say.

The topic of the conversation: television.

Anyway, as my cousins and others were going on about shows they liked and watched regularly, I sat there dumbly smiling and nodding occasionally trying to be social (that in and of itself can be a challenge for me). Terms were going back and forth which I had never heard. BR said she could watch HGTV all day. Huh?

What channel is that?

During the conversation, my cousin, BR, turned to me and casually said, “You really need to watch some television. I know you’re busy. We’re all busy. Just find some time to sit down and watch television.”  I muttered meekly, still smiling though, “Well, uh okay.”  What was I to say?

Yes, I know some people think of themselves as above television. They are too intellectual to be bothered and think of television as the idiot box. They would rather use their time to listen to opera and write poetry or something along those lines. While I am certainly an intellectual – self-proclaimed many years ago, darn it -, I am not above television. You see, I would like to watch television. I would, I really would.

Do you know I actually enjoy reading reviews of television shows? I’ll be flipping through a newspaper or magazine, and I’ll see the review section. Countless times, I have said to myself after reading a review that appealed to me, “I gotta watch that show.” I’ll repeat the time, channel, and day the show is on in order to remember. And then I forget or I don’t have time or I remember after the show has passed.

In all honesty, despite BR’s encouragement, television is not a priority of mine. Time is precious and fleeting. There are so many other things I want to do and at times have to do. Often, I feel rushed and behind. Watching television is a luxury which I don’t have time for. I do manage to watch my favorite sports teams. Yet, half the time I’m watching, I feel like I should be doing something else. The other half of the time, I’m doing something else and simply glancing at the television paying it half a mind.

Those lyrics by the way are from the rock opera Tommy by The Who. Anyway, summer is just about here, and therefore, nearly every teacher is singing those lyrics (I’m sure if I looked hard enough I could find something on the internet that proves that). The last day for students was earlier this week and my last day is next week. With that, my schedule becomes infinitely more flexible.

Now of course, I will be doing some writing including blogging (make sure to read, comment and share, thank you very much), reading, playing chauffeur to my children, and catching up with friends. And I am going to make sure and find time to watch television.

It is in this area – television watching that is – where I need your help dear reader. You see despite reading reviews, I have no idea what to watch.

So, could you recommend something? Please note I don’t have HBO or Showtime, but I do have Netflix. Anyway, what television show or shows should I take up? It does not have to be new or current though I do want it to allow me to partake in conversations. 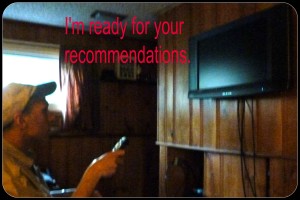 Thanks in advance for your help. Here’s to my viewing pleasure. Well talk soon BR, and I’ll be ready.

The first picture is courtesy of Google Images

26 thoughts on “I Need Your Help To Watch Television”