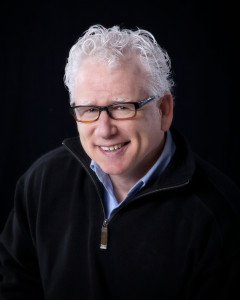 I Lost a Friend is a guest post by David Stanley. David is a fellow dad blogger whose work I greatly enjoy for its wisdom and distinct voice. He blogs at DadsRoundtable and on his personal blog Rants & Mutters.

As someone who finds nearly everything interesting, it’s no surprise, David is involved in a wide variety of things. He is a musician, teacher & science geek.  He’s a serious bike racer. He’s also a cancer survivor. He’s also a voice-over actor at My Voice-over Masters.com and a freelance writer. Follow him on Twitter, @dstan58

A friend of mine died Wednesday evening. He was diagnosed with an inoperable glioblastoma nearly one year ago. He leaves behind two adult children from his first marriage; a son and daughter, and twin adult stepdaughters from his second marriage to one of my wife’s closest friends.

Sad, indeed, yet, most of us have a similar story somewhere in our lives. This is not a story of grief. It is the story of friendship. Until my friend’s last few months of life, we were not friends.

We were friendly, a touch more than nodding acquaintances, but never friends. At parties, or after Shabbat services, or when tossed in together because of our wives, we would have a chat, but our chats were never something sought out by either one of us. It wasn’t a bad thing.  It just was us.

My friend was a lifelong academic. A university professor, he thrived on the whole process – the research, the argument, deep thoughts, the synthesis, the struggle to make the intangible hypothesis the tangible theory.  He was widely published, and his work is often cited. As for me, my MA was plenty.

My friend’s favorite bedtime reading was a couple of academic papers. I’m currently binge reading the complete Sherlock Holmes and The Climb Up to Hell – an account of a failed expedition to climb the Eiger in 1957.

I’m a gym rat – a day off of my bike or away from the weights needs to be included in my daily planner. If my friend ever did anything more athletic than a neighborhood walk, he never mentioned it.

A few months back, my friend and his wife, traveled to Israel. A Jew, as am I, my friend had always wanted to visit the Holy Land, but had never made the time. Israel was my friend’s last hurrah. Upon his return, his health took a decided turn for the worse. His wife’s friends began to organize so that she could have some time. An academic herself, ensconced in a major research project, she needed help with care. More importantly, she needed to enjoy some time out, away from the demands of caregiving.

I volunteered. It was not tough duty. At this point, my friend was still able to walk around a bit and care for himself. The big concern was that with his brain tumor, and a growing difficulty with ambulatory activity, he might stumble and fall. I sat on the couch. He sat in his comfy chair. We watched movies. We talked.

I grew up in Flint, MI, rooting like crazy for my Detroit Tigers in 1967 and 1968 in their pennant races against the hated Boston Red Sox. My friend grew up in Boston, rooting like crazy for his beloved Red Sox against the hated Tigers. He loved to flip through my baseball cards. They were mementos of a shared youth- a youth joined in common time, not in shared space.

He was a Trekkie. I have a fondness for Jean-Luc Picard that borders on bromance. Not that there’s anything wrong with that.

Towards the end, speech became difficult for my friend. While his comprehension never wavered, speech was difficult.  He could speak, but he wasn’t always able to find the proper words. We resorted to text messages.  When it became too difficult for him to text, we’d just sit together and watch bad movies. We would laugh at the same terrible and hopelessly staged moments. He said we reminded him of Mystery Science Theater 3000.

Friendship is an odd duck. E.B. White once said, “Humor can be dissected as a frog can, but the thing dies in the process and the innards are discouraging to any but the pure scientific mind.” Substitute in ‘friendship’ and I suspect you’re not far off the mark.

Garrison Keillor wrote “any two people can become friends if each can give the other something that they need.” I’m not clear, at first, what I gave to my friend – some companionship, perhaps. I’m equally unclear what my friend gave to me.  A bit of the same, I suspect.

As his illness progressed, we grew closer, and my admiration for him grew. His grace and good humor over the lousy hand he’d been dealt showed through at moments large and small. I felt privileged and grateful to be with him at a very private time in his life.

Our friendship, the how and why of it, was governed by the Heisenberg Uncertainty Principle. One of the great discoveries in physics, first noted in 1925 by Werner Heisenberg, says that one can’t know both the location and velocity of an atomic particle because the act of observation changes either the location or the velocity. I suspect that was also the case with our friendship. I can know the how, or the why, but the totality of our friendship was destined to remain uncertain.

Call ours the Heisenberg friendship. My friend Eric would have liked that.”

8 thoughts on “I Lost A Friend”