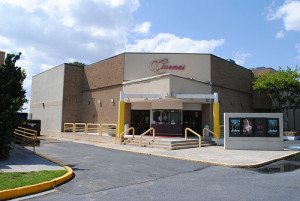 In the summer of 1982, Ms. L. took me and a bunch of the children on my block to the movies. Ms. L. was the mother of one of my best friends, David.

We sat in a packed theater in the middle of the day in our section of Northeast Philadelphia.

At one point during the movie, I noticed many people crying including Ms. L. “Are you kidding me?” I thought to myself.

While I was not moved as much as my friend’s mother, I also loved the movie. I knew when I walked out of the theatre that I had seen a movie that was special.

Tonight, I showed that movie to my children. Guess the movie. 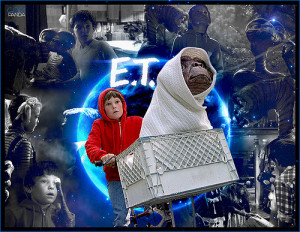 As my family and I watched the movie, the boys were initially confused. They buzzed with questions. “Why is E.T. here? Where is he going? Is he nice? Who are those people looking for him?” After answering the first couple of questions, the boys were driving me a bit crazy. “Just watch the movie and you’ll see. Trust me. You’re going to like it.”

As the movie progressed, my prediction came to pass.

BR was so moved by the story that he was standing next to the television looking upset when E.T. seemed to have died. When E.T. was revived and whisked back to the forest to be taken home, BR smiled widely.

He did, however, have his criticisms. “Why can’t we see E.T.’s planet? How come they don’t show more aliens?”

BR was particularly bothered at how the government treated E.T. My wife mentioned that this was her least favorite part, and she found it disturbing when she originally watched the movie.  Truth to be told, I did not recall how overbearing and insensitive the government is made out to be.

SJ dosed off in the middle but ultimately liked the movie as well. He uttered, “I could be friends with an alien.” He also noted that he could find a way to get away from the police. I didn’t find that line as cute. Mental note: keep an eye out on that kid.

Anyway, it’s fun to be able to share pieces of pop culture that moved me with my children. Their reactions and ultimately their enjoyment (SJ said to me “You’re right daddy. That was a good movie.”) are fun to experience. Who knows – maybe, they will remember where they were when they saw E.T.

Ultimately, I hope my boys learn the lessons the movie presented. Friendship is important and valuable, and do not judge others. Elliott and E.T. form a warm friendship and can’t be any more different.

Those lessons are why the movie was so popular when it came out and why this generation of children can appreciate it as well. It is a universal message that stands the test of time.

What pieces of pop culture have you shared with your children? What was their reaction?

19 thoughts on “I Could Be Friends With An Alien”