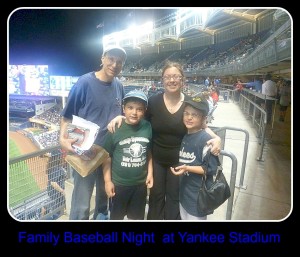 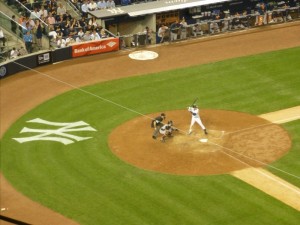 I’m not going to complain about how I miss the quiet moments at a baseball game when you could have a conversation or simply stare out at the field lost in a daydream. Nope, I’ll keep that complaint to myself.

Anyway, the big screen focused on one thing primarily, and it wasn’t baseball. No, it was the fans.  That might sound silly. After all, are the fans there to see each other or a baseball game?

However, the producer who decided the focus should be on the fans clearly made the right decision. Every time a fan noticed him or herself on the big screen, they went crazy. Every single fan. They danced like maniacs, smiled wider than the Pacific, or made a silly face as if auditioning to be a clown.  It’s all clean fun, and everyone seems happy when they get their moment on the big screen.

But why? Why are people so damn excited if they are on the big screen?  Seriously, are they that desperate for attention? Do they want the other 40,000 plus people to notice them? They appear for 10 seconds on the screen –max – and then the screen focuses on somebody else.

Maybe the fans hope their antics will cause a sensation. They’ll go viral. “Hey did you see that person at the baseball game who did xyz?” Next thing you know there is 4 million hits on Youtube. And then the fan gets interviewed by Letterman or Fallon or Stewart or Kimmel. Or all of them. Then, the fan get his or her own reality television series.  They appear on the tabloids. Discussion of their dating partners, marriages, divorces, childrens’ births, weight gains and losses, arguments, tears, and what they really think of the ice bucket challenge will be top news.

Maybe, that’s what the fans want. Or maybe not.

Anyway, let the people enjoy their moment on the screen. Let them share it on Facebook with their friends.

But I don’t want to be on the big screen. No thanks. At the baseball game, I’d rather eat my popcorn, talk to my children, and maybe even smile at those who are willing to go crazy for the camera.

I don’t need you to look at me. Instead, I’ll just have a blog where I share personal things. Hey, wait a minute.