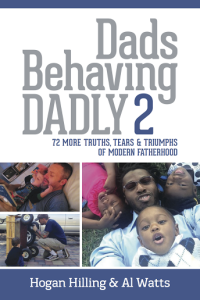 Live came out shortly after I saw my first  Bruce Springsteen and the E Street Band concert. I listened to Live 75-85 ALL THE TIME. It’s a miracle the tape didn’t wear out. Anyway, I memorized everything about the album. I don’t just mean the words to every song or even the song order. I knew when Bruce would pause for a breath. I knew when fans would shout out. I knew the amount of time in-between each song.

And I knew every word of every talk Bruce gave in the middle of a song.

It was during Growin’ Up that Bruce started talking about his parents. He said they follow him around California and tell him it’s not too late to go to college.  He also talked about his guitar and the issues it caused between him and his dad. His father suggested Bruce become a lawyer while his mother said he could be an author. They said this way he could get a little something for himself.

Bruce concluded by saying, “Well, like, what they didn’t understand was, was that I wanted everything. And so you guys, you, one of you guys wanted a lawyer, and the other one wanted an author. Well, tonight, youse are both just gonna have to settle for Rock ‘N’ Roll.”

I’d get chills every time as he broke back into the song.

So, for Bruce, the dream was about rock n’ roll. My dream was a bit different. Okay when I was 17 if you would have offered me the option of being a rock n’ roll star, I would have said, “Hell yeah.”  What 17-year-old wouldn’t say yes to such an offer?

Anyway, my dream crystallized a little later on.  Me, I wanted to be an author. I didn’t know what I would write nor did I have any fully realized visions. I just knew that I wanted to write words to touch people.

I’ve gotten that opportunity via this blog and other writing assignments. I’m grateful for those opportunities. However, I’ve still been dreaming of a book.

Well, that opportunity has come to me. And I have Hogan Hilling and Al Watts to thank.

Hogan and Al are the authors of Dads Behaving DADLY and Dads Behaving DADLY 2. The Books are a compilation of 139 honest, insightful stories written by 114 courageous dads from four different countries – USA, Canada, Australia and UK. Dadly 1 and Dadly 2 have dispelled all the unfortunate stigmas created about dads and also helped to rebrand the image of modern fatherhood. The books have been endorsed by parenting experts Professor Brad Harrington, Dr. Harley A. Robart, and Jessica DeGroot.

Hogan said about the books, “These Dadly stories eloquently prove a dad can share his feelings; be vulnerable, sensitive, nurturing, compassionate, strong and brave at the same time and still keep his masculinity. What a great honor it has been to be in the company of these awesome Dadly dad role models.”

Well, Dads Behavind Dadly 2, which is coming out in the beginning of June, is going to include a story by yours truly. I’m thrilled to be part of such a meaningful book, and I hope parents all over the world will be inspired by it. I’m also thankful for Mrs. MMK and our children. Because of BR and SJ, I’m a better person and being their father has been my dream come true.

To learn more about the books, check out: www.dadsbehavingdadly.com

8 thoughts on “He Should Be An Author”