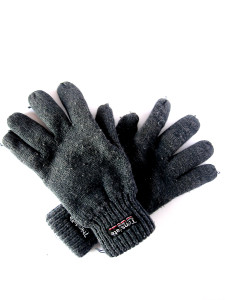 When I was growing up, my best friend lived across the street. I was at his house all the time. I ate peanut M&M’s there. I watched tapes of David Letterman there. I flipped through baseball cards there.

However, I was not in the living room.

Actually, the living room was a museum. You could not touch anything! We weren’t allowed to sit on the couches. Ever. It simply was a passageway to move from upstairs to downstairs and vice versa.

I used to buzz my friend with questions about the living room museum.

Do your parents ever sit in there?

Have you ever sat in there?

What do you think would happen if we sat there?

Are the sofas really comfortable?

By the time I moved away, I had managed to sit down in the living room twice. However, both times were for a mere matter of seconds. I couldn’t even tell how comfortable the furniture was because I got up so quickly due to my fear of getting caught.

My house was the opposite – a play house. Other than the fine china which I was not allowed to eat off of till I was in my mid-teens (on special occasions), nothing was off limits. My brothers and I had free reign. Unfortunately, the house wore the wear and tear of four rambunctious boys and was always in need of repair.

I knew that one day when I would be the head of a household, I did not want a museum house or a play house.  I wanted the best of both worlds. My house would be neat and tidy, but the children would have fun and consider it their house too.

This July marked six years since my family moved into our home here in the suburbs. Prior to moving in, we had the house painted. Now, I have read (and/or been told) that you should paint every five years.

There is only so long the magic eraser sponge (good product) could keep the marks at bay. By the time we hit five years in our house, I wanted the marks gone. However, first, we had a roofing issue that needed to be addressed. Anyway, one thing led to another and finally six years in we are painting.

As you can imagine, I am very excited to have the house painted. In anticipation of this day (the bedrooms are done and the rest of the house will be done over the next few weeks), I have been warming my children.

Of what? You may be thinking.  Hands off the walls. Both boys seem to reach for the walls instinctively as if they could peel chocolate chip cookies off the wall. I’ve been telling them – no not yelling at them, much, – to keep their hands off the walls. I have been trying to prepare them for when the house is painted.

Despite my pleas, yells, and reminders, the boys seem incapable of breaking this habit. So, I came up with a solution, they are going to walk around with gloves. These gloves of course will have to be cleaned on a regular basis to make sure they do not stain the walls.

So, there you have it – gloves in August. And every month hereafter. It really is the perfect solution. While our house will never be a museum house, at least we can protect the walls.