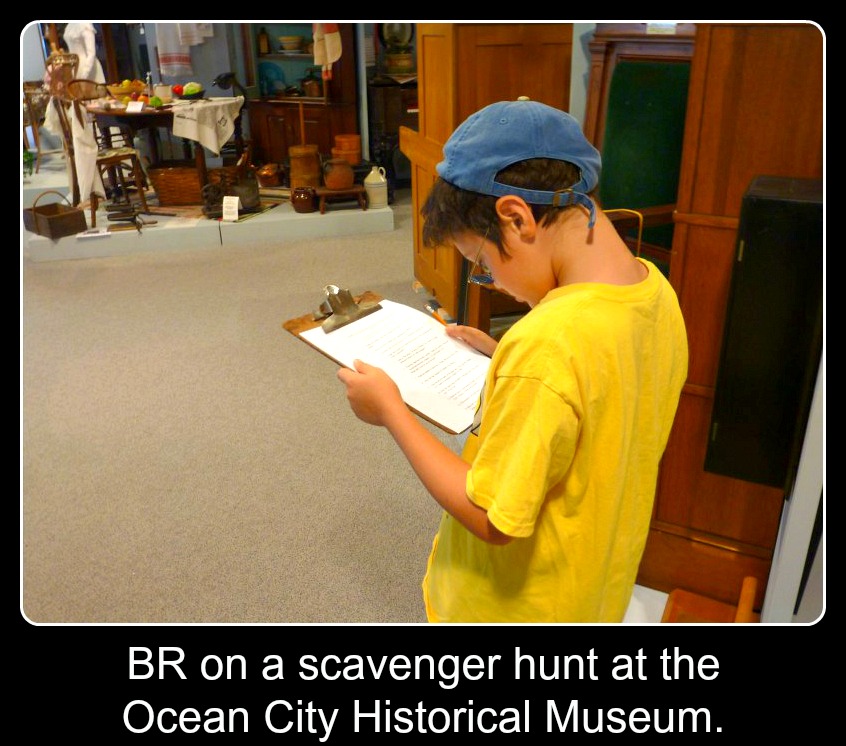 SJ was fascinated by the story of a ship named the Sinida. In 1901, the Sindia embarked from New York on a 5-month voyage which took it to China and Japan. On December 15, while on its way back, the Sindia ran aground onto the Ocean City beach.  They never figured out why the ship crashed and part of the ship remains buried in the sand.

BR was intrigued by the pricing guide from the 1960 Acme Supermarket. He studied the prices surprised at how inexpensive food was. So, he was focused on food shopping – like father, like son.

My mother was sold when she saw the Grace Kelly exhibit. Apparently, Kelly’s family spent summers vacationing in Ocean City, NJ. The Philadelphia born princess is a favorite of my mother’s. In fact, while touring through Europe, my mother instructed me to stop in Monaco and to make sure to let people know I’m from Philadelphia just like Grace Kelly.

I enjoyed reading up on the history of Ocean City, NJ .  I learned about the town’s beginnings and its growth. Originally known as Peck’s beach, the town came to be known as Ocean City when 4 ministers took it over in 1879 and laid out the streets and lots for cottages.

Ms. MMK enjoyed the old cash register and switchboard. She explained to the children that the switchboard was used to make phone calls. When I dialed my boyhood number on a rotary phone, SJ was confused. “You mean you have to dial.”