As a child, I loved studying about the explorers.  There was something cool about these swashbuckling guys. They set off and traveled the high seas in hopes of finding new lands, spices, and resources. 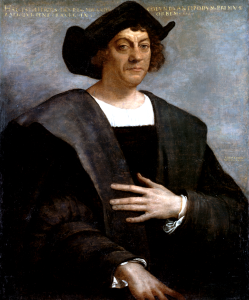 There was Magellan, Ponce De Leon, Henry Hudson, Christopher Columbus and many more.

Yet, I remember little of what I learned about them in elementary school.

With today being the celebration of Christopher Columbus’ birth and therefore granting a day off to many of us, I figured I owed it to Chris to learn a little more about him.

Now like all school children, I was taught that there were three boats – Nina, Pinta, and the Santa Maria. I learned that he was of Italian descent. However, it was King Ferdinand and Queen Isabella of Spain who sent him off. I learned that this all occurred in 1492. I was told that he discovered America, and he was a great man.

It all sounded perfectly fine to me.

Well, according to the brief Google search I did, Columbus was not quite as successful as I was taught.

Firstly, Columbus died believing he had discovered a path to Asia. In other words, he never recognized he had “discovered the new world.”

Second, Columbus, who actually sailed on the Santa Maria never made it to America. Thirty six days into his trip, he landed in the Bahamas. He later visited Cuba, Haiti, and the Dominican Republic. No, it was not a carnival cruise with 5 meals a day and dancing on the Lido Deck.

Third, at one point, the Santa Maria was wrecked (maybe it was due to drunken sailors as allegedly they learned about beer from the natives). Some of Columbus’ men with the help of some islanders salvaged the lumber and built a settlement (Christmas Town). Thirty-nine of Columbus’ men stayed behind and occupied the settlement.

Fourth, Columbus sailed to the area on three subsequent expeditions.  On his second trip, he forced slavery on the natives after he found all those who had stayed behind had been massacred. Columbus’ brothers Bartholomew and Diego stayed behind to govern a new settlement. When Columbus returned again, there was a near mutiny on the settlement as Columbus had led those left behind to believe they would find gold. Columbus was arrested but charges were dropped. His last trip to the island was a failure and relations with the local islanders were very poor.

Finally, Columbus devised a plan to “punish” the islanders by taking away the moon. Yes, Columbus had the idea before Gru despite a lack of minions and Dr. Nefario. Anyway, it was actually a lunar eclipse but it alarmed the natives who re-established trade with the Spaniards. A rescue party arrived, and Columbus and his men were taken back to Spain. 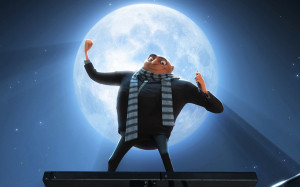 As you can see, Columbus was not quite the all American hero that I was taught in elementary school. In other words, this swashbuckler had both his good and bad points.

Either way, we can thank him for long weekend every October (by the way, his birthday was October 31st). He is also the impetus for a number of parades including one here in the NYC area which honors Italian Americans’ contributions to New York City.

So, happy birthday Christopher Columbus. Sorry you never made it to America.

Info is courtesy of: http://www.biography.com/people/christopher-columbus-9254209?page=1

17 thoughts on “Did you Know Christopher Columbus?”