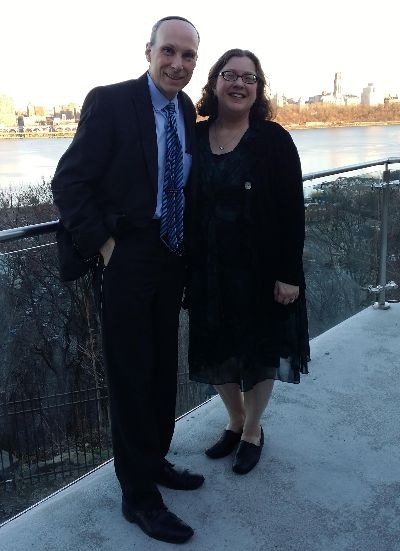 Anyway, much has changed since MMK came into existence in the world itself and in my family. My children were four and seven when I first entered the blogosphere. And very needy.

While BR and SJ never suffered from separation anxiety – Mrs. MMK and I choose to be proud of this rather than question if our children love us –  getting out was still a chore.

Finding a babysitter could be a hassle, and paying the fee was annoying. While we did occasionally hire babysitters, date night typically coincided with visits from my mother. Bubbie (Yiddish word for grandmother) to the rescue!

But eventually our world started to change.

Remember when you first left the children at home on their own? Was running errands ever more glorious? Ahh – a good blog post that milestone made.

These days BR and SJ don’t even blink when they’re on their own. Once they know there’s food in the house, we’re lucky to get a “bye” and “have fun.”

With this scenario, you’d think Mrs. MMK and I would be enjoying date night on a regular basis. Well, we did.

Notice the past tense.

A couple years back, Mrs. MMK and I decided to make it a point to go out every week even if it was a quick trip to Starbucks.

Well, as time passed, the trips to Starbucks or Dunkin Donuts or other similar places was pretty much our only date. And then, even that started happening with less frequency.

In early April, Mrs. MMK put her foot down. We had been bickering – over what I don’t know. She insisted we go out more, and have greater variety in our dates.

IRONIC SIDE NOTE: Mrs. MMK rarely gets coffee on coffee date She typically orders tea. Me – I hate coffee and tea. I get the hot chocolate.

Yup, she reinstated date night. The plan was for each one of us to arrange one date per month. I volunteered to go first.

I called her up, introduced myself, and asked her out. Figured it would be fun. Remember that Modern Family Episode where Phil and Claire pretend to be strangers and role play?

Mrs. MMK laughed. Not in a good way. Anyway, role playing, despite my repeated attempts, was not her thing.

Oh well. So, planning a date – other than a coffee date that is – takes some effort. It’s an effort I haven’t put in lately.

Married 16 plus years. How many of you put effort into date night? Other than the birthday or anniversary inspired, “What do you feel like eating,” or “Any movies you want to see,” my date planning skills have been put to little use over the last decade and a half.

However, I was determined to be creative. Way easier to do so with Google. Couple of keywords and a whole host of options appeared. 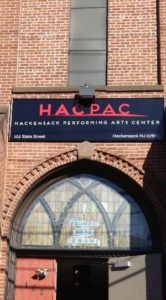 Eventually, I settled on a play. It was playing Sunday afternoon (date night was not literal this time) at a local theatre, HACPAC in Hackensack,NJ. Ticket prices were reasonable, and the play sounded interesting. The Underpants adapted by Steve Martin is set in Germany around 1910.

The site described the play – a woman’s underpants fall down and her husband worries about the scandal. When the couple tries to rent out a room, they have some interesting lodgers. A farce.

Sounds good to me.

When we got there, we realized the theater had very recently opened up. Nice building and attractive on the inside. There was art by local artisans on display and for sale on the first floor. The play itself was entertaining and had a few laughs. Both Mrs. MMK and I thought the lead actress was fantastic.

Nice job arranging the date by me, I’d say. Yup, I still got it. Thank you very much.

Anyway, when the play ended two hours later, Mrs. MMK and I casually made our way home. No one was missing us. The boys only question upon our arrival:

They missed us. They really did.

6 thoughts on “Date Night: No Kids”