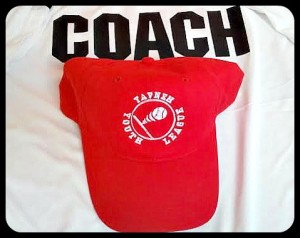 I wonder if anyone – David, Aaron, the rest of the team or my Little League Co-coach -remembers that game or decision. It wasn’t monumental. I didn’t get booed. I didn’t have to answer a tough question from the press. I didn’t  hear it debated on sports talk radio.

For a while, I felt guilty. In my quest for fairness, I let the boys down. After all, everyone wanted to win, and I knowingly made a decision that did not further our chances for winning.

This past week, BR’s Little League season began. It’s my third year coaching him (co-coaching actually). While I’m not quite expecting the call from Cooperstown or where ever the Little League Hall of Fame is, I’m getting better at it.

I continue to reconcile the pull of winning at all costs – play the best kids as much as possible, tell the weaker players to not swing, and scream at pimply faced umpires who the day before were worried about taking the PSAT – and ensuring everyone gets playing time.

There is no doubt in my mind that the boys want to win. The constant chatter from the weakest player to the strongest – regarding the score and analyzing how we can either hold on to or capture the lead – makes it clear that they want to win.

And I want to win. I enjoy seeing my team win.

But not at all costs.

I’ll also have a catch with them while they are on the sidelines. I’ll offer instruction on how to throw and how to field. I’ll watch them bat and give tips.

After all, I volunteered to coach because I wanted to help the kids learn.

But I don’t feel compelled to have everything be 100% even. David and his lot will play more – within reason. They’ll play the positions that the ball is most likely to come to. They’ll bat in the positions where they have the greatest chance to have an impact.

After all, they need a coach and an opportunity to grow too.

Everyone – Davids and Aarons – wants to win.

I hope when the season comes to an end, the boys will look back and appreciate that they were part of a team. Everyone got to play. Everyone had a role. Everyone grew.

If that team they look back upon is also a winning team, it will be even sweeter.

8 thoughts on “Coaching Little League: I’d Rather Win… But”