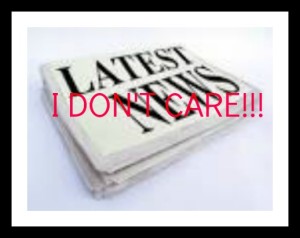 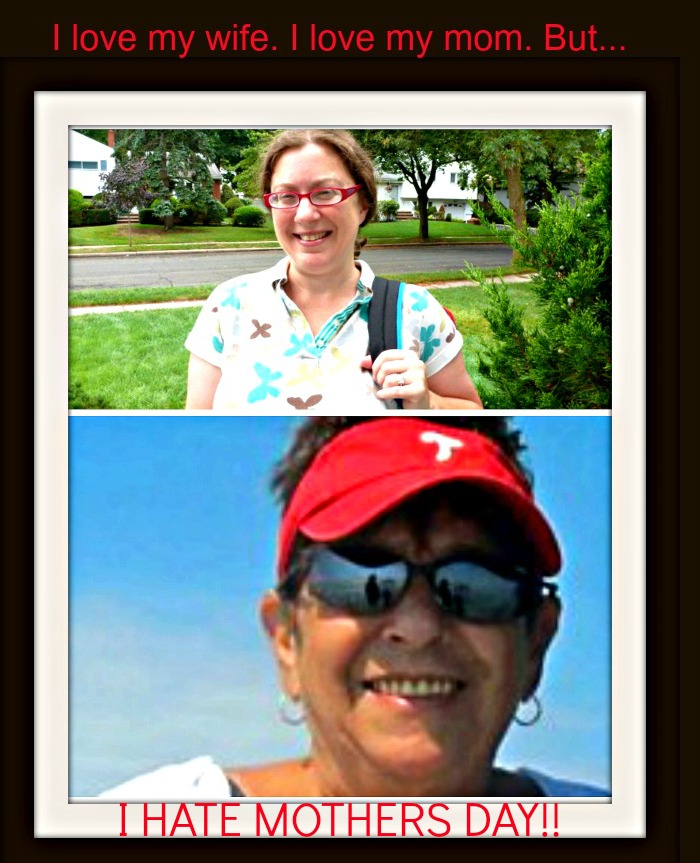 I am not a misogynist. Far from it.

In fact, I love and respect women –especially mothers.

Particularly my own mother and my wife, the mother of my children.

Yet, I hate Mother’s Day.

Yes, I do think mothers deserve a special day. Yes, I do believe that mothers are the glue to our society.

But I still hate Mother’s Day and here’s why. END_OF_DOCUMENT_TOKEN_TO_BE_REPLACED 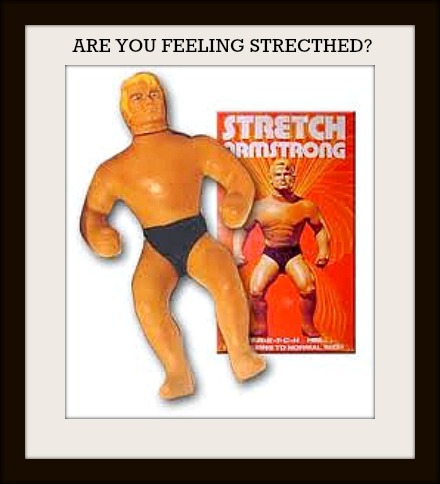 I had a Stretch Armstrong as a kid. Remember that toy?

My neighbor and best friend, MG, and I played with that toy a lot. Stretch Armstrong, however, was quite a simple toy.
He was an extremely muscular figure – probably steroid induced but Kenner did not mention that on the box – that could be stretched greatly. In fact, no matter how much Stretch Armstrong was pulled the plastic rubber figure would return to its original shape.
You can be sure that MG and I spent many hours seeing just how far Stretch Armstrong would stretch. We each would take an arm or leg of Stretch and then move in opposite directions. Yet, whatever we did, Stretch Armstrong would snap back and return to his original shape.
Stretching Stretch Armstrong as far as we could provided us with hours of joy. Ahh, those were the days.
Fast forward to the current time. I am being stretched like MG and I use to Stretch Armstrong. Between work, home life, and extra curriculars, I feel overwhelmed. Things are being put off, done poorly, or slipping through the cracks completely.
Each weekend, I try to pull it together and return to my normal shape like Stretch. Unfortunately, I think I am becoming amorphous.
Please people, if you have any tips so that I can regain my shape, do share. 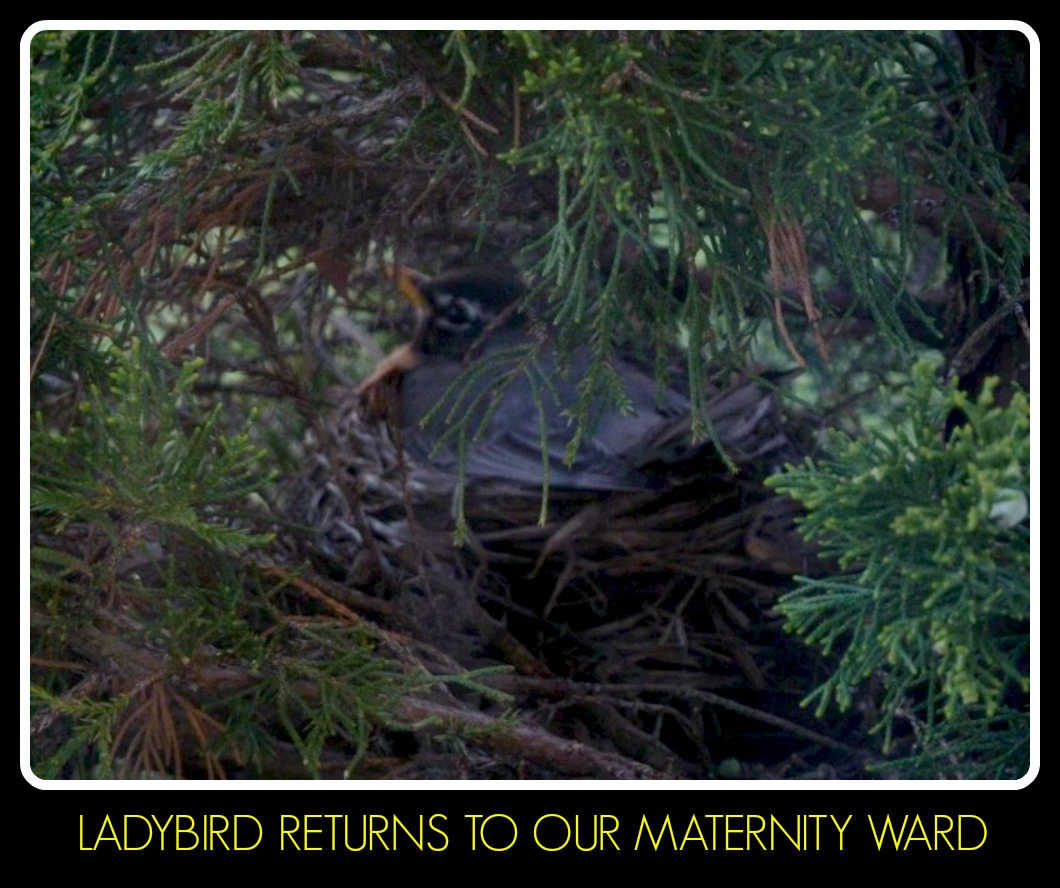 A couple years ago I wrote a post about our feathered guest. Well, after a one year hiatus, apparently Ladybird found love again.
Yes, Ladybird has returned to the bush outside of our home and turned it into her maternity ward.
HAPPY SPRING!  HAPPY SUNDAY!
THE SLIGHTLY EDITED ORIGINAL POST IS BELOW:
For 3 years straight, my family and I have been hosting an uninvited guest. This guest comes to our home and stays for weeks at a time. Not only that, this guest goes through a major life cycle event each visit.
Each spring the 7-foot bush that stands right next to our front door turns into a delivery ward as “Ladybird” (my children named her) builds her nest, lays her eggs, sits atop her eggs, hatches her babies, cares for her babies, and ultimately sends her babies away. The whole process seems to take about six weeks. This scene has served as an up-close Discovery Channel program for my family, and we love it.
With great excitement and anticipation, my children follow Ladybird and her flock (this year she laid three blue eggs). They peek their heads around to check out the progression of nature each time they pass the tree.
Clearly, Ladybird did not select our house for the peace and quiet. My wife takes pictures of each stage. I give out cigars when the babies are born to celebrate the blessed day.
Well, maybe not, but there is a palpable energy in our home when Ladybird’s chicks are hatched. This is the closest my wife and I will come to extending our family, and the closest my children have got to a pet.
I’m not sure how many more years Ladybird will be using our home as her nursery. This year Ladybird was later than usual. She also flew away anytime someone walked past her nest. This begs the question – where is her maternal instinct? Also, what about a father? Would it kill him to stop hunting for worms and check up on his family?
Well, I do not know much about birds and am not an animal person by nature. But Ladybird has become a part of my family experience, and taught us a bit about nature. We look forward to having her come back in the future, and the best part is we don’t have to prepare or clean up.
What a guest!